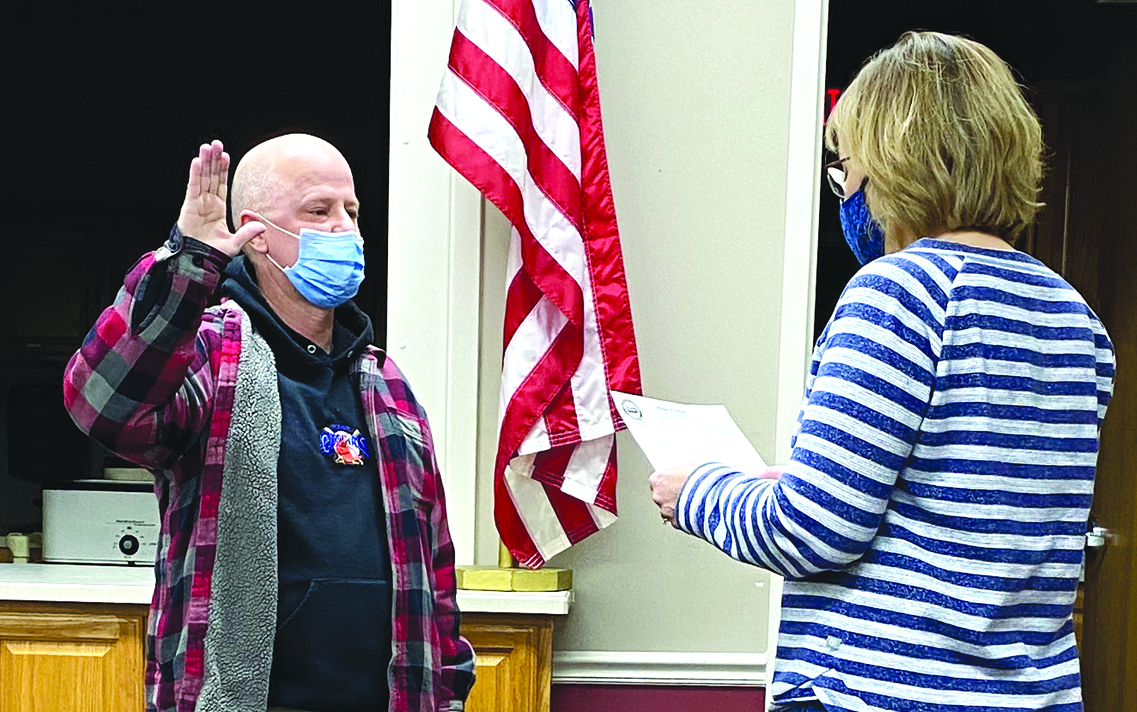 Despite the cold temperatures and an impending snow storm that evening, a regular meeting of the Arthur Village Board was held Monday, February 15 at the Arthur Community Building. Visitors in attendance were Brock Thoms and Timothy Shadwell.

At the beginning of the meeting, Mayor Rod Randall opened with a letter of correspondence from the United States Census Burea who recognized the Arthur Municipal Building as a valuable member of the 2020 Census partnership.

Michael Bernius gave a thanks in advance for the crew who will be out cleaning the roads during and after the snow-storm.

During Chief Goodman’s report, he informed the board members that part-time officer Sean Lang had not been working for the department. In response to that, his employment was terminated. Goodman has spoken with officer Timothy Shadwell about filling the open part time position, as he has worked for the department in the past. During the new business portion of the meeting, Chief Goodman recommended the hiring of Shadwell. The recommendation was passed after a unanimous vote from the trustees.

Also during new business, Goodman reported that Officer Brock Thoms had requested a waiver for the Village residency requirement. Officer Thoms stood before the board to explain that in order to complete some residential renovation work, he needed to establish residency at a distance of thirty miles from the village instead of the required 25. Thoms noted that he is dedicated to his work in Arthur and that this would only be a temporary residency change. A motion was made to temporarily change the residency requirement to twenty-five miles and would be reviewed annually or upon request. Once Thoms establishes his residency, the twelve months will begin.

In the absence of Grant Corum, Michael Bernius presented the report for the water and sewer department. Bernius reported that the water & sewer committee met to discuss the Capital Improvement Plan. He also noted that a water survey for the residents of Arthur is currently being developed.

Christy Miller reported that the Community Relations and Tourism Committee met and they are beginning to plan events. She said she would like feedback on guidelines and direction in planning.

After taking care of the regular board business, Mayor Rod Randall led a discussion regarding COVID19 issues within Arthur. Randal said that he has heard comments from people in the community who thought that once they received the COVID19 vaccine, they could not spread the virus.

Treasurer Michael Hilgenberg chimed in to explain that individuals can still spread the virus or be a carrier even if they had been vaccinated.

Justin Ray noted that they should get the vaccine information from the Illinois Department of Public Health or the CDC and publish it in the newspaper.

Chief Goodman also told the board that he had attended a meeting held by the Douglas County Health Department and they reported that it will take over a year to vaccinate the county at the rate they are receiving vaccines.