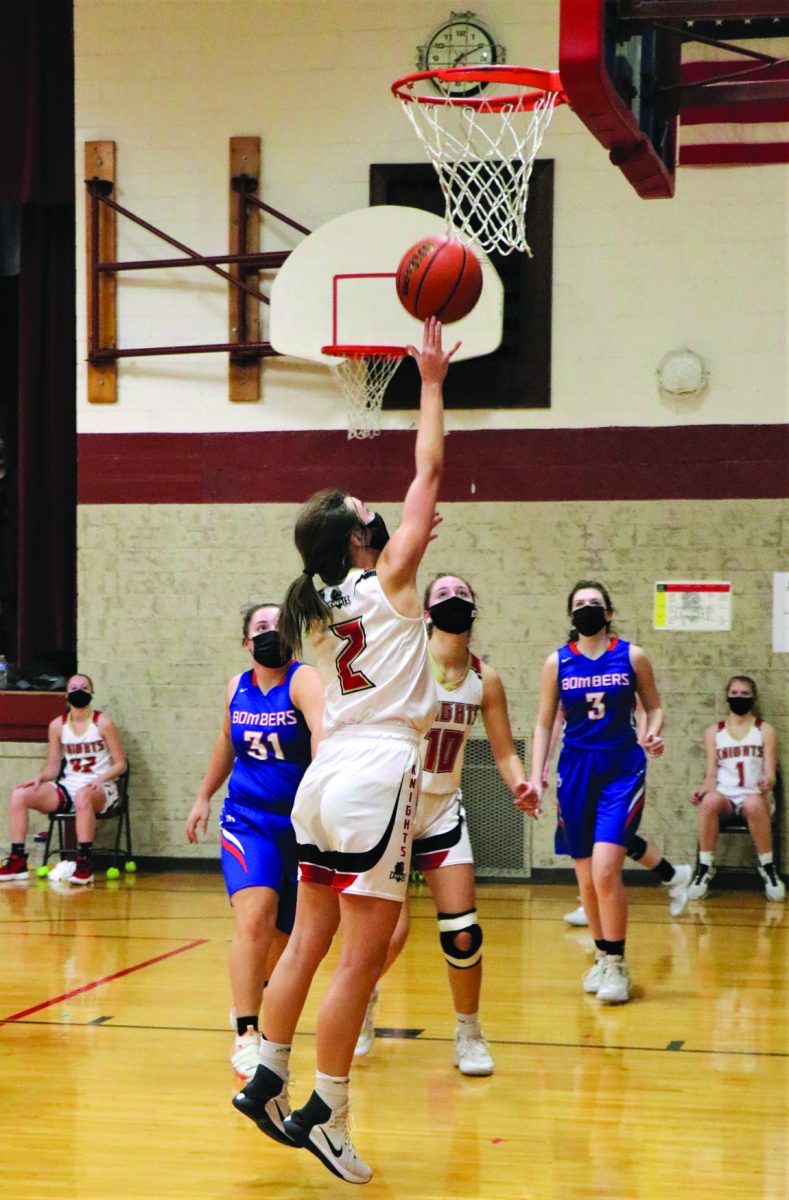 ALAH Girls Basketball Charley Condill (2) in the lane for a layup on a fast break as teammate Makenzie Brown (10) blocks out Bomber’s Cassi Newbanks (31) at home on Thursday night. ALAH defeated Argenta-Oreana 62-19 as the Knights had 27 steals.

Alexa Miller and Claire Seal combined for 38 points and 21 rebounds as the Knights defeated the Meridian Hawks 48-33.

Miller led ALAH with 25 points and Seal finished with 13 on the night. Also scoring for the Knights were Charley Condill with four points; Alisha Frederick with three points; Mackenzi Bowles, two; and Kailee Otto, one.

The home opener for ALAH was Tuesday, February 2 as they defeated Argenta-Oreana 62-19. The Knights led the whole way, racing to a 37-12 halftime lead and never looked back.

Playing their third game of the week, the Knights hosted the Cardinals from Warrenburg-Latham Saturday morning.

Alexa Miller and Mackenzi Bowles combined for 27 points and Makenzie Brown had 9 rebounds in the game. As a team they had 38 offensive and defensive rebounds combined.

The Knights led the entire contest adding 29 points in the second quarter and took a commanding 38-13 lead into halftime and never looked back.