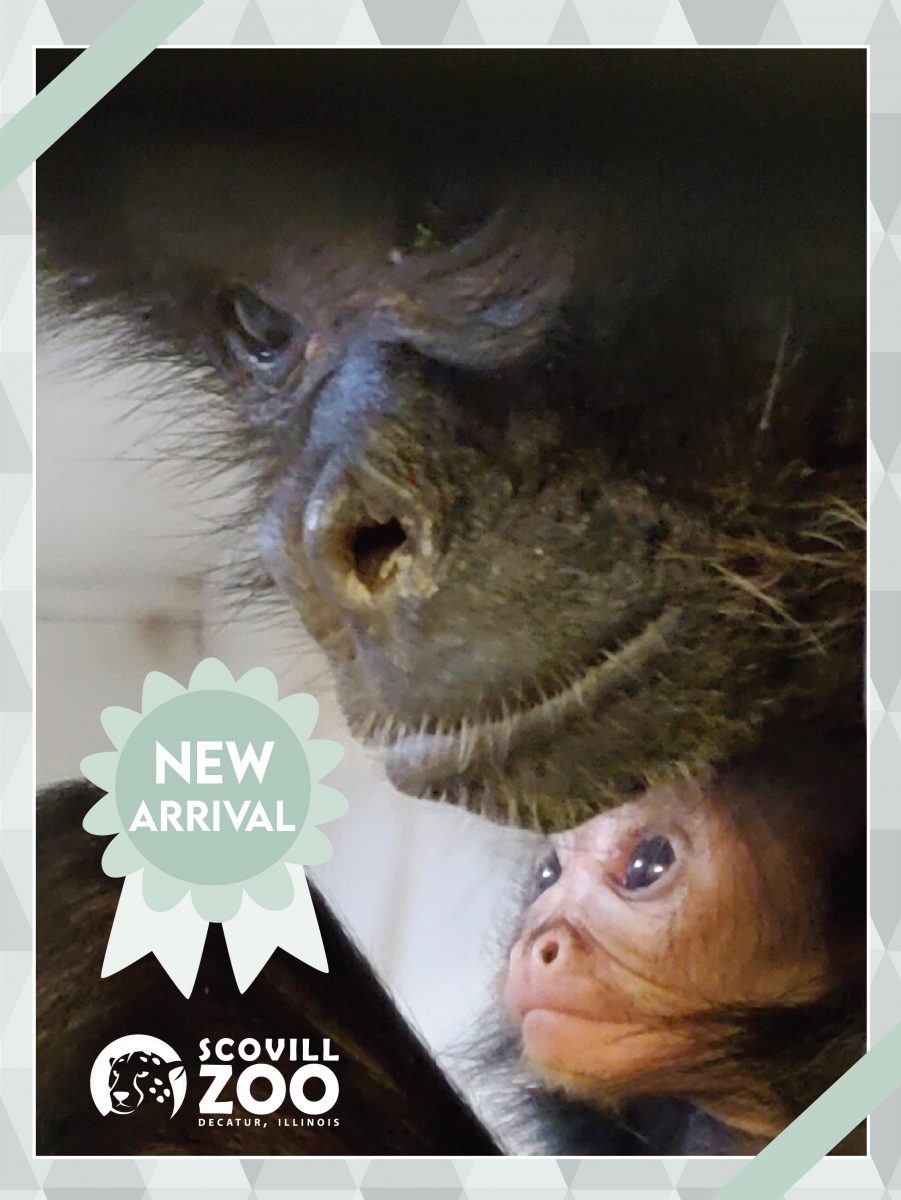 DECATUR, IL – Scovill Zoo is pleased to announce the birth of a spider monkey. Mother Ethel gave birth on Wednesday, January 13, 2021. The baby is doing well.

Right after being born the baby can cling onto the mother’s hair while she climbs and jumps from perch to perch. In the wild, spider monkeys come from Central and South America.

Fun facts about spider monkeys include that they have a prehensile tail, often described as an extra limb. It can do about anything their hands or feet can do. They do not have thumbs. They shape their fingers like hooks to swing from branch to branch.

Many primates in Central and South America are endangered due to the loss of habitat, the fragmentation of habitat, hunting, and the pet trade. Black headed spider monkeys, like Willie and Ethel, are listed as critically endangered. Zoo guests should be able to get a glimpse of the new baby when Scovill Zoo opens for its regular season on April 2nd.