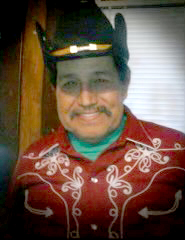 A Private Funeral Mass will be held at 7:00 PM on Thursday, January 21, 2021 at St. John the Baptist Catholic Church in Arcola, IL. Father Angel Sierra will officiate. The Edwards Funeral Home is assisting with arrangements.

Luis was born on April 24, 1958 in Valadeces, Mexico. He was a son of Armando and Maria Gloria (Rodriguez) Gonzalez. He married Arminda Rodriguez on March 18, 1978 in La Grulla, TX.

Luis was a member of St. John the Baptist Catholic Church. He had worked for Myron Shonkwiler at Whisnand Hybrids for over 20 years and enjoyed auto mechanics.