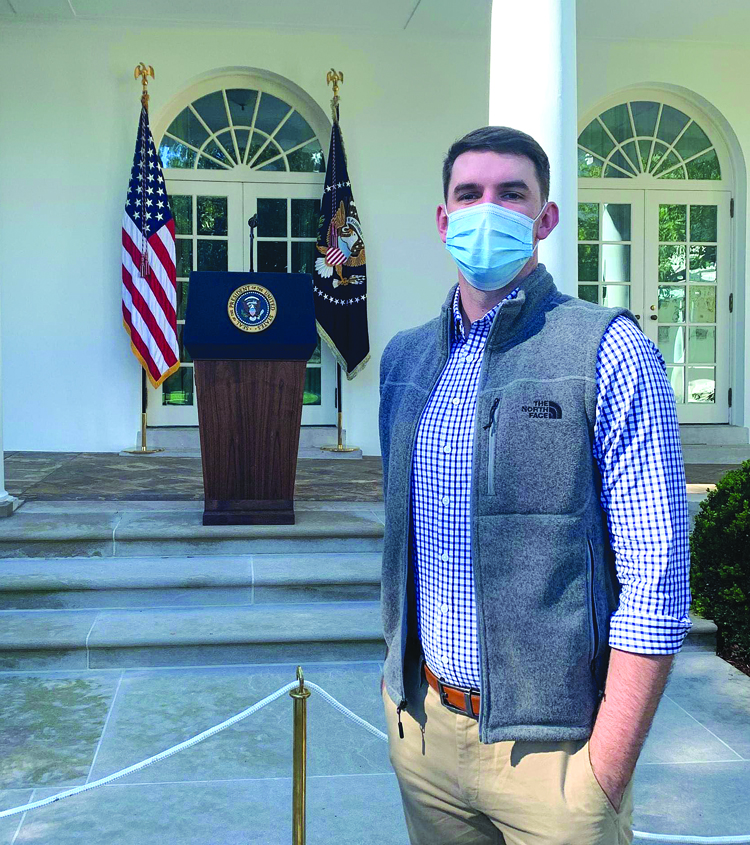 Three weeks ago, our nation’s capital was attacked by extremists and rioters with a clear vendetta. It was an unimaginable scene that none of us had seen in our lifetimes, as the last time that it was attacked was during the war of 1812.

It will be an event that will definitely go down in history, as most of us will remember where we were and what we were doing, when those horrific images appeared on our television, computer and mobile device screens.

During that attack on January 6, Noah Yantis, former student and 2014 graduate of ALAH High School was near the capitol building. He began his work on Capitol Hill in November 2017 and now is a Legislative Director for a House of Republican on the Agriculture Committee.

While Yantis was not necessarily inside the Capitol Building, he was across the street in the Longsworth House Office Building. Since it still was close to the riots, the building was locked down and protected by the Capitol Police. Yantis and the staff figured there would probably be protests, but they were very surprised with the riots and grim events that were taking place. “We never imagined them breaking into the Capitol,” he said. “I was flooded with texts and calls from people from home making sure I was okay,” Yantis added.

During that time, his office building was told to shelter in place. “There were two bombs found at the Republican National Committee and the Democrat National Committee- both of which are less than a block from the office buildings,” told Yantis. “No one was allowed to leave the building until a secure perimeter was established – which didn’t happen until around 8:00 pm,” he said.

In his first-hand account story, Yantis presented a brief time-line of the events as he experienced them that day. “Tensions were high in the morning because staff had received guidance saying that there would be protestors,” he noted.

– Around 1:00 PM, the Joint Session of Congress convened the Electoral College to affirm the results of the election.

– At about 1:30 PM, the Capitol was on hard lockdown and the Joint Session was recessed to protect the Members and the Vice President.

– “From then until 4:00 PM, no one knew what was going to happen because the Capitol was being stormed. There were rumors of gunshots, bomb threats, more attacks and no one knew what was true and what wasn’t. The Capitol Complex remained on lockdown until we received the “all clear” at around 8:00 PM. The Electoral College votes did not wrap up until 4:00 AM the next morning, so it was a 20- hour day in the office.”

Since that startling day that was both predictable and unpredictable in its own ways, several measures for protection and security have been taken – as we have seen throughout the reported media. Yantis also noted that there are “hundreds, if not thousands,” of armed men everywhere. “Presently only members of the congress and staff are allowed into the Capitol Building with their ID’s, which are being checked more frequently,” he said.