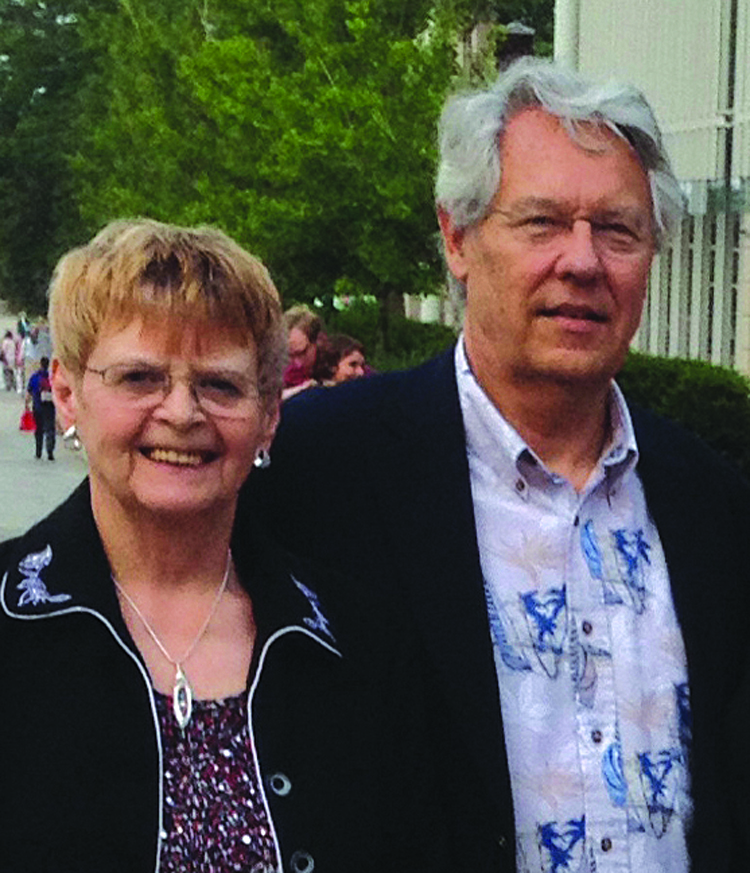 So many small towns are not as fortunate as ours when it comes to having doctors and dentists to serve the community. We have been and still are well served by several clinics but, sadly, we will no longer have one of our dentists who is retiring although, thankfully, he and his wife will still be part of our community.

As many of you may have noticed, Jim Winfield and wife Connie recently closed their dental practice in Arthur.

After coming to Arthur, Dr. Winfield opened his office on Ash Street in the building that most of us in town knew as Dr. Jones’s office for so many years.

Frankly, I was very pleased to be asked to write about Jim and Connie for the Graphic as I have been a patient of Jim’s since January of 1993, only a few months after he opened his office in May of 1992.

As a patient, I always knew I would be listened to and treated respectfully. We also enjoyed discussing the news of the day, sharing book reviews with Jim and talking about families with Connie. The couple was always friendly and genuinely interested in their patients.

The couple shares their philosophy as “going to great lengths to make our office a nice place to visit.” As a long time patient, I can certainly attest to that.

Jim Winfield grew up in Mattoon graduating from Mattoon High School in 1963. After graduation from Lake Land, he started his career as a dental technician working for Underwood Dental Lab in Mattoon and then owning and operating Winfield Laboratories. In 1986 he made the decision to attend dental school at Southern Illinois School of Dental Medicine.

After graduation from dental school in 1991, Dr. Winfield decided to set up a practice in Arthur.

One might ask why he chose a small town like Arthur? There are a couple of reasons for that, the first one being that his father was a bookkeeper for the company which owned the Arthur Lumber Company and Jim says that he knew about Arthur as being “The Clean Little Town” early in his life and thought of moving here before going to dental school.

The other had to do with Fred Helmuth who arranged for him to rent Dr. Jones’s old office building and had his maintenance man plumb the building for dental equipment.

Back in 1992 when he introduced himself to the Arthur community, Jim stated that, “for many years it has been my goal to be a small town dentist. Living in Arthur and becoming part of your community is an answer to a dream.”

Jim had, as previously mentioned, been working in a dental lab and Connie had been a dental hygienist for many years when both decided to go to dental school where they met. They were atypical dental students as both were in their forties at the time. Connie had four children from her first marriage and Jim had two. Eventually Connie had to drop out of dental school because of medical issues. Connie came to Arthur with Jim to help him set up his dental practice and they were married on October 31 in the Methodist church. They lived in the back of the dental office for seven years before buying their home in Morningside Addition where they still live.

Jim would be the first to tell you that he could not have done all he has done without Connie. She was not only his dental hygienist but also office manager, secretary, receptionist, bookkeeper, janitor and many things more for the practice. She was also a friendly voice on the phone and a friendly face welcoming patients to the office.

Jim’s hobbies include sailing, computers, cycling, reading, photography, video and ‘building things.’ He also wrote a column for the Graphic in the 1990s titled “Ask the Dentist.” Connie keeps busy taking care of and finding homes for stray cats. Our own cat Chloe used to like to spend time over at their house where I had to go get her a couple of times because she liked it better over there.

Jim and Connie have been active in the community with their involvement in the Arthur Lions Club for several years and were in charge of all clean up for the Arthur Cheese Festival for over five years. The two have been a valuable asset to Arthur and we hope they will continue and be able to be even more active now that they have retired.

Their future plans are to relax (!) and live out their lives here in Arthur.

Jim plans to work for a time, as he has been doing at the Douglas County Health Department making dentures.

While Connie has not finalized any plans for her future those who know her know she will not be idle and will be finding plenty to do to keep busy.

Know the couple’s former patients wish them well as does all of the Arthur community. We look forward to you being a part of happenings and activities around here for a long time to come. We are also happy that you chose Arthur as the place you wanted to live and work and stay. Best of luck to the both of you and hope you enjoy your retirement to the fullest!