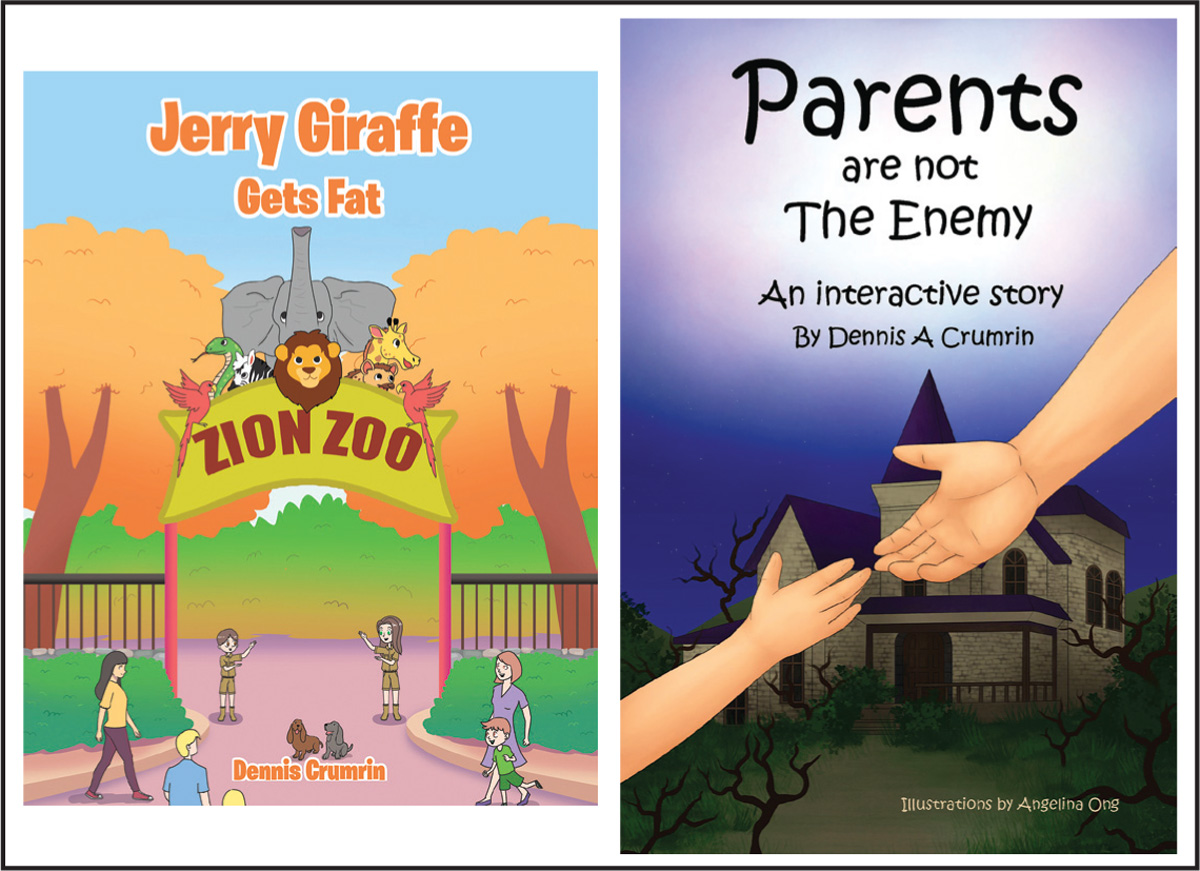 Some nights, he would just get an idea, or they would come to him while he was reading… “It’s just the way God works sometimes,” quoted recently published author, Dennis Crumrin. Crumrin had been wanting to publish his stories for quite some time. “Every week, I would write a new story, but I just never did anything with them. And I thought I would finally do something with them after I retired,” he explained.

Crumrin’s journey to becoming a published author began years ago with children’s ministry. “The church we were going to in Galton at the time didn’t have a children’s ministry, and we felt like there was a need,” he said. There weren’t many children either-as it only consisted of their son and a friend’s daughter.

Since there was no room for children, they had children’s church in a trailer that was out back of the church. His wife, Charlotte, would use sock puppets and Dennis would write the stories for them. “Each week, God would give me a scripture to work with and then inspire me to create several ways to inspire the kids in what God was trying to teach them. It was after attending a Gospel Business meeting in Decatur that his wife got her idea with the puppets. There were puppeteers there to entertain the children, and his wife said, “I think I can do that.”

After some time using socks as different characters, Charlotte was given a gift from a friend at Bible Study. Her friend made different puppets, and she approached Charlotte and told her, “I feel like you should pick out one of my puppets.” At first Charlotte refused, but her friend insisted. From that first puppet, brought many more of them, which in return, created new stories.

It was after going to a Gospel Bill show in Oklahoma where the two would learn more about honing their craft. They learned a lot about children’s church from Gospel Bill and his way of using “Theme Teaching.” He would center the lessons around one theme and create a group of activities to teach the children from that one theme. From “Theme Teaching,” Crumrin came up with “One Scripture.”

“I would usually create a theme with different methods to ensure the kids would remember. I might have a fun scripture learning game, a puppet skit, a song or two and then before the class was over, I would have a story about some of the animals and characters of Zion Zoo or any other story that God would put in my head. I was Mr. Dennis, the Head Zookeeper. Ashton and Kaylin were assistant Zoo Keepers. And of course, there were all of the animals. Each week one or more of the animals or people would embark on life’s adventures and learn from their experiences at Zion Zoo,” told Crumrin.

The two visited other children in different local areas, sharing their puppets and Crumrin’s stories. “I wanted to get God’s word out there and teach them how God wants us to live… as well as the parents too.” Crumrin often found children went back home to tell their parents of the lessons, which in return, helped families learn more about the scriptures. The two were in the Children’s Ministry for 25 years. “We’ve had a lot of fun over the years,” Crumrin commented.

After creating so many stories over the years, Crumrin decided to publish them into books. “I have kept several of the stories that I used and my desire was to recreate an atmosphere in a series of books, that adults could either read or act out the stories to their children, and of course, so the kids could read and reread them again and again,” he explained.

If you are looking for a Christmas gift for your children, Crumrin encourages you to visit his website where he is selling his newly published books: https://www.zionzoostories.com/. He also asked those who visit his website to fill out the contact form in the “contact information” link. Crumrin would like to know where his visitors are coming from and perhaps be able to connect with them as well. His books are also sold on Amazon. Simply type his name, “Dennis Crumrin,” in the search bar and his books will appear in the search results.

Crumrin hopes that his books will inspire the hearts of those who purchase them.

“I hope you enjoy these books, and I especially pray that God will use them to touch the hearts of people everywhere.”