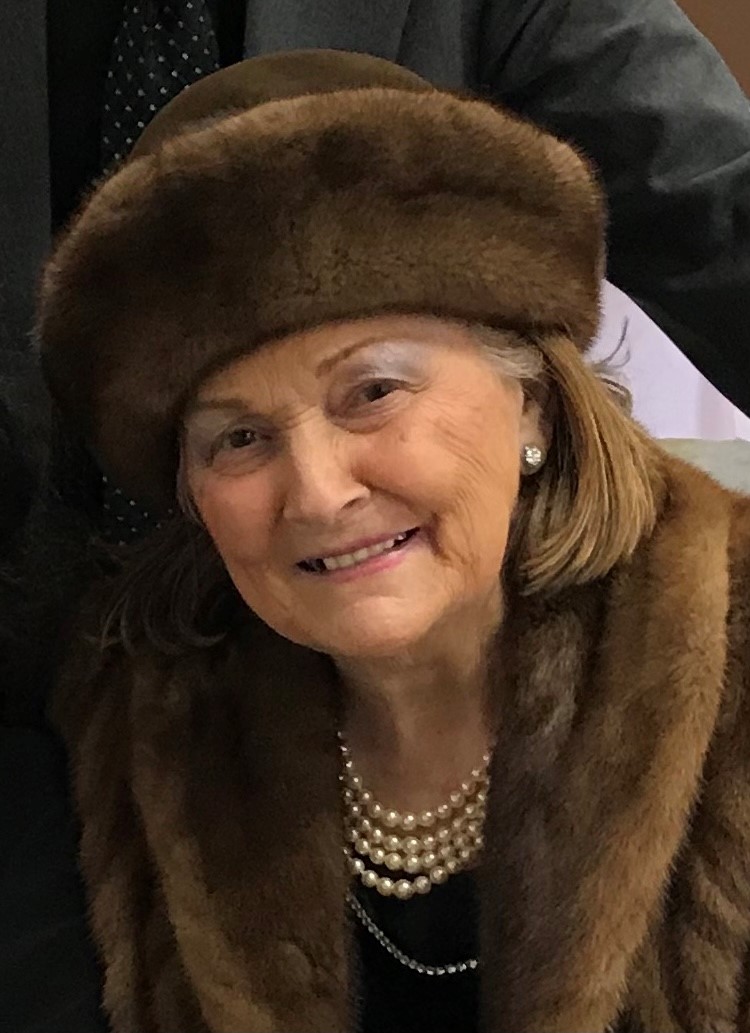 Joan Winters, age 93, of Arthur, Illinois, went to Heaven on Thanksgiving Day, at her home with her loving husband by her side.

Born June 28, 1927, at their farm home in Coulterville, Illinois, she was the daughter of Albert Allen Ketchum, Sr. and Sylvia Mae Ketchum. She was raised on that same farm. Their home had no electricity or indoor plumbing. She graduated from Okawville High School. She moved to Dallas, Texas, as a single mother with only a satchel bag of cosmetics of a well-known cosmetic line. That was just the beginning! She then moved to California in 1967, where she became the first director in the entire Pacific Northwest.

Joan met Jerry in 1975. She was attending a convention in San Francisco and Jerry was performing in the city. Joan attended Jerry’s performance and instantly the sparks of electricity ignited! It was truly “love at first sight”! They were married that same year.

Joan was a self educated, brilliant and talented business woman and entrepreneur! In 1980 Joan and Jerry established their first fine art gallery in Carmel California, after having successfully built, maintained and sold five other upscale gift and boutique businesses in Carmel. Joan was a master in the fine arts. Her business philosophy was to help people; find out what they need to succeed and help them get it. For decades she personally guided and helped develop the careers of the painters she represented.

In 2001, Joan and Jerry purchased a 12th century country farm in Burgundy France and established a fine art gallery in the medieval village of Vezelay. They divided time between their art galleries in Carmel, California and their gallery in Vezelay. For 19 years they enjoyed the countryside of France. Originally, they planned to eventually retire in France, but then decided to semi-retire closer to home and family.

Then after 50 years in business, Joan and Jerry headed back to Illinois. In 2015 they discovered the charming Amish village of Arthur, Illinois and fell in love with the wonderful people and character of the town. The Arthur community embraced Joan and Jerry as family. They opened a fine art gallery and upscale boutique in Arthur. Although Joan was 93, she was still working six days a week, until she was diagnosed with COVID on November 9, and it subsequently developed into double pneumonia.

Joan’s Christian faith was the root of her life; her joy and strength. She was a selfless giver, generous and kind; an encourager, always forgiving, and never giving up on anyone!

She was preceded in death by her parents; her brother, Albert Ketchum; daughter, Martha Montgomery; nephews, Paul Ketchum and John Ketchum.

The Shrader Funeral Home is in charge of the private internment, attended by a small gathering of family. Joan was laid to rest at Arthur Bourbon & Lowe Cemetery, 900 E Park St, Arthur, IL

A memorial service, to celebrate Joan’s life will be planned for a later date to be determined.