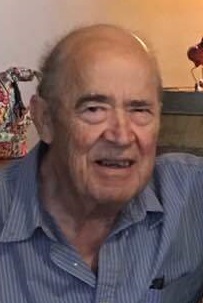 Private family services will be held on Friday, November 27, 2020. Burial will be in the Arthur Cemetery. The Edwards Funeral Home is assisting with arrangements.

He was preceded in death by his parents, two brothers, John Chupp and Ervin Chupp, and one brother-in-law, Robert Appenzeller.

Amos worked at the Arthur Lumber Yard before being drafted into the Army. He served in the Army as a medic during the Vietnam War. After he got out of the Army he worked as a self-employed carpenter for most of his life. He enjoyed tinkering with about anything. He made furniture, stained glass and leaded glass. Amos lived in Cadwell for over 60 years.