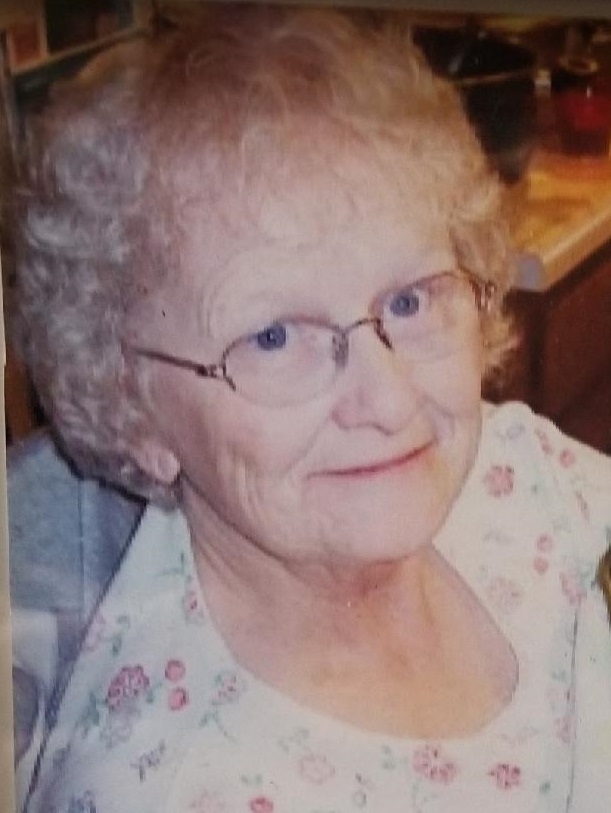 Funeral services will be held at 1:00 P.M. on Monday, November 16, 2020 at the Edwards Funeral Home, 221 East Main St. Arcola, IL. Rev. Kent Conover will officiate. Burial will be in the Dodge Grove Cemetery. Visitation will be held two hours prior to the service at the funeral home.

Johnna was born on April 10, 1940 in Mattoon, IL. She was a daughter of Wilbur Leslie and Betty Lou (Beals) Johnson. She married Lee R. Nadolny on December 21, 1979 in Charleston.

She was preceded in death by her parents, one son, Anthony Tucker, one daughter, Debbie K. Nadolny, and one grandson, Jeremiah Joseph Lee Jones.

Johnna was a Sunday School teacher at Arcola General Baptist church until it closed, at which point she became a member of the Providence Church in Mattoon, where she stayed active in women of faith groups.

Johnna had worked at G.E. in Mattoon, and retired in the mid 90’s with over 30 years of service, after she retired she raised her granddaughter LesLee Watkins.

She enjoyed crocheting, crafting, her dogs and was an excellent cook.

Memorials may be made to the family to be used for missions.