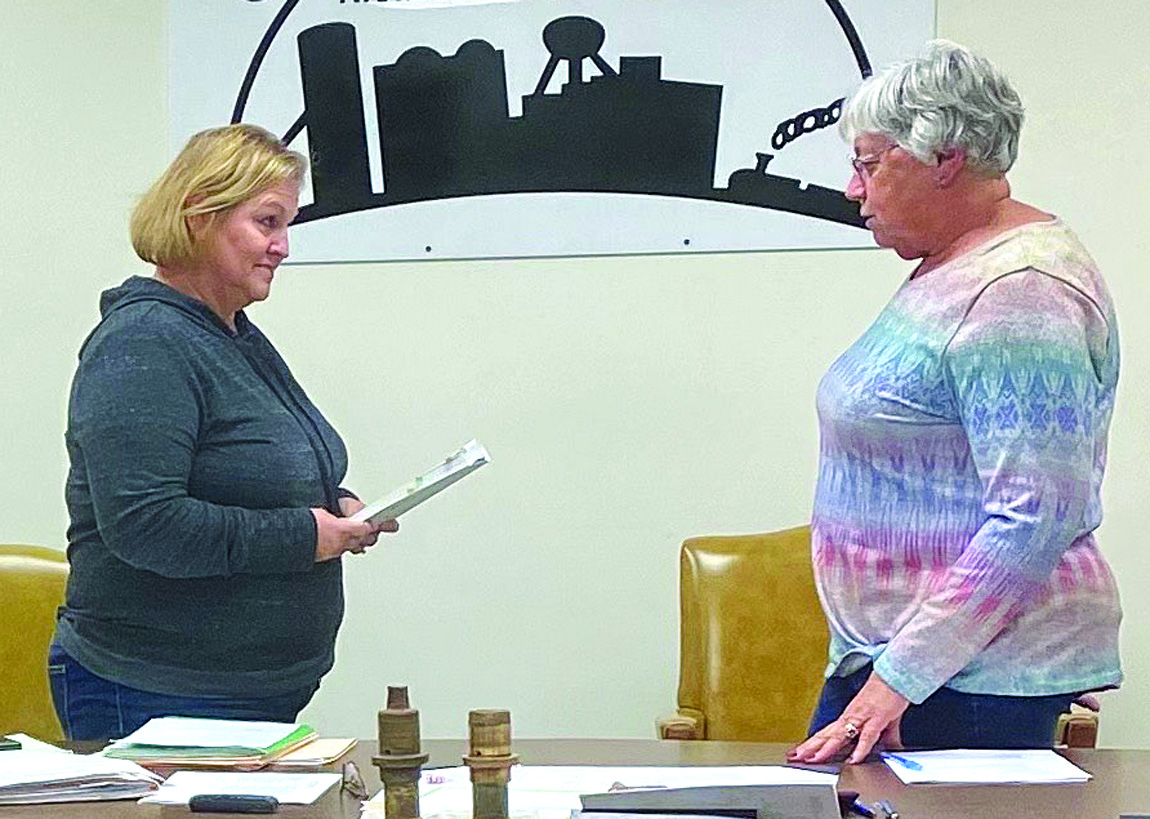 The Cerro Gordo Village Board has gone through many changes in the last few years, and Monday evening, another change.

Mayor and former Trustee, Tim Allen, resigned from his position on Monday October 19. He stated he moved out of the village limits, and every member of the board has to reside within village limits, so he had no choice but to resign. Linda Ash has served on the board since 1998.

Ash has served on the board in some part since 1998, served as the Village Clerk from 2001-2015, and ran for trustee in 2016. Now she puts on a new hat, Mayor. As for what she hopes to accomplish, “People are quick to complain , but they don’t want to help find a solution. I don’t know, I don’t have all the answers…but I have lived here 34 years, and I want to do what is best for the community. I want to help do what is best for the community.”

As far as will she run for Mayor, Ash is conflicted. “I don’t know. I really am conflicted. I just don’t know, let’s see how the next couple months go. I will have to make a decision by December for our caucus. I don’t know. If somebody wants to step up to the job, more power to them.

It’s just, I never aspired to be the Mayor. I was perfectly content in all the supporting roles, here I am. I am retaining my trustee seat, that way we have six trustees, so we have a full board.”

Ash also has worked at the local Post Office since 2011 and drove the bus for Cerro Gordo Schools for many years prior to that.

“I have worn different hats, so I guess this will be a new one to wear.”

To fulfill the open trustee position from Mike Martin, Jim Henderson was sworn in. Henderson stated he served as the Village Clerk for Oreana years ago, served on the Argenta Oreana Fire Department for 15 years, and for six of those years served as Secretary and Treasurer, and for seven, a training officer. He also stated he held the President’s seat for Macon County Firefighters Association during that time. Henerson was voted in unanimously. He will serve the next seven months and then will have to petition in December to retain his seat.

He will remain a trustee until the election in April. The village holds a caucus in December for the open positions. There are three trustee positions and a Mayoral position up for grabs next April.

The Board Accepts Burdick For Water Project Bid

Overmyer recommended Burdick, “We find Burdick to be responsive and responsible as you find in the bidding documents, find no cause to reject their bid.”

Burdick Plumbing and Heating Co Inc. won the bid with a total lump sum base bid at $452,345, the lowest bid proposal. The most expensive one being A&R mechanical Services, Inc. at $540,120.29 This is for the IEPA water project which at this point is stating a fifty percent guarantee match.

The contract will go to the EPA for approval and Overmyer states more knowledge will come forth with that. “The thing that will come back this time from EPA will be a little more concrete in information as far as the loan forgiveness and what you are going to get. Right now we believe $400,000 or 50 percent of the project cost, whichever is higher.”

Adding, “… you can see where we are at is nowhere near what we thought the estimate was going to be. In your plan we cut a bunch of stuff, so anything that is in your plan approved by epa we can do another block or two of water main to maximize the 400,000.” The board planned to meet this week as a committee to discuss additions to the plan.

The village approved two new ordinances Monday evening. One for the sewer taps. Ordinance #663 makes the hook up fee for sewer taps to be $250 subject to approval with Village Works.

The other Ordinance, #664 is for a 3 percent water rate increase starting on May 1, 2021. Allen stated, “Unfortunately our water projects are not free.” Trustee Beth Medlen added, “The majority of this is we have to start planning for the future. Not only do we have multiple underground and obvious issues that we are already putting back due to the financial situation the city is in this year due to COVID and various other things, so this not only contributes slightly to that but not only is the contribution is a lot for the future.”

She added the village will need a new water plant, sewer plant, and with water tower maintenance fees, something had to be done. “Something we have lacked on in the village. Haven’t done a rate increase in many, many years, so it is just time we make an adjustment that is going to be a continual supplement to the water district.” The village has not had an increase since 2015.

Discussion on Mediacom lease was tabled again as they have yet to get back with the village.

A donation of $50 was given to Piatt County SWCD.

The annual Illinois Municipal league dues at the amount of $29,027.32 approved. 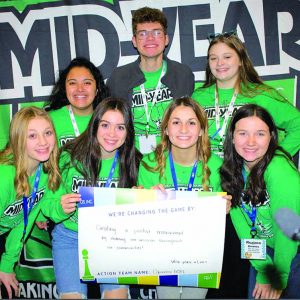