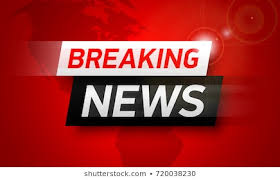 On October 30, 2020, at approximately 12:30 A.M., the Piatt County Sheriff’s Office received a report of a home invasion and armed robbery that had just occurred in the 200 block of West Central Street in the Village of Atwood, in Piatt County.
Deputies arrived on-scene and met with the victims. The victims reported to deputies that two male subjects forcibly entered their residence and that at least one was armed with a handgun. The male victim reported that one of the suspects struck him in the head with a metal object and the female reported that one of the suspects dragged her by her hair out of a bedroom and out into the living room. The victims reported that one of the suspects held them at gunpoint in the living room while the other suspect searched the residence for cash.
Both suspects are described as being white males, possibly in the ages of late teens into their 20s. Both suspects are reported to be slender to medium build.
The Piatt County Sheriff’s Office was assisted by deputies from the Douglas County Sheriff’s Office and a canvas of the area was conducted for the suspects. The suspects were not located. Atwood Fire Protection District personnel and Arrow Ambulance Service responded to this incident as well. The male victim was evaluated on-scene by EMS for injuries to his head.
Anyone with information in regards to this investigation is urged to contact the Piatt County Sheriff’s Office at (217) 762-5761.
Posted in Area News - Arthur Graphic-Clarion, Area News - Record Herald News, Breaking News - Arthur Graphic-Clarion, Breaking News - Record Herald News