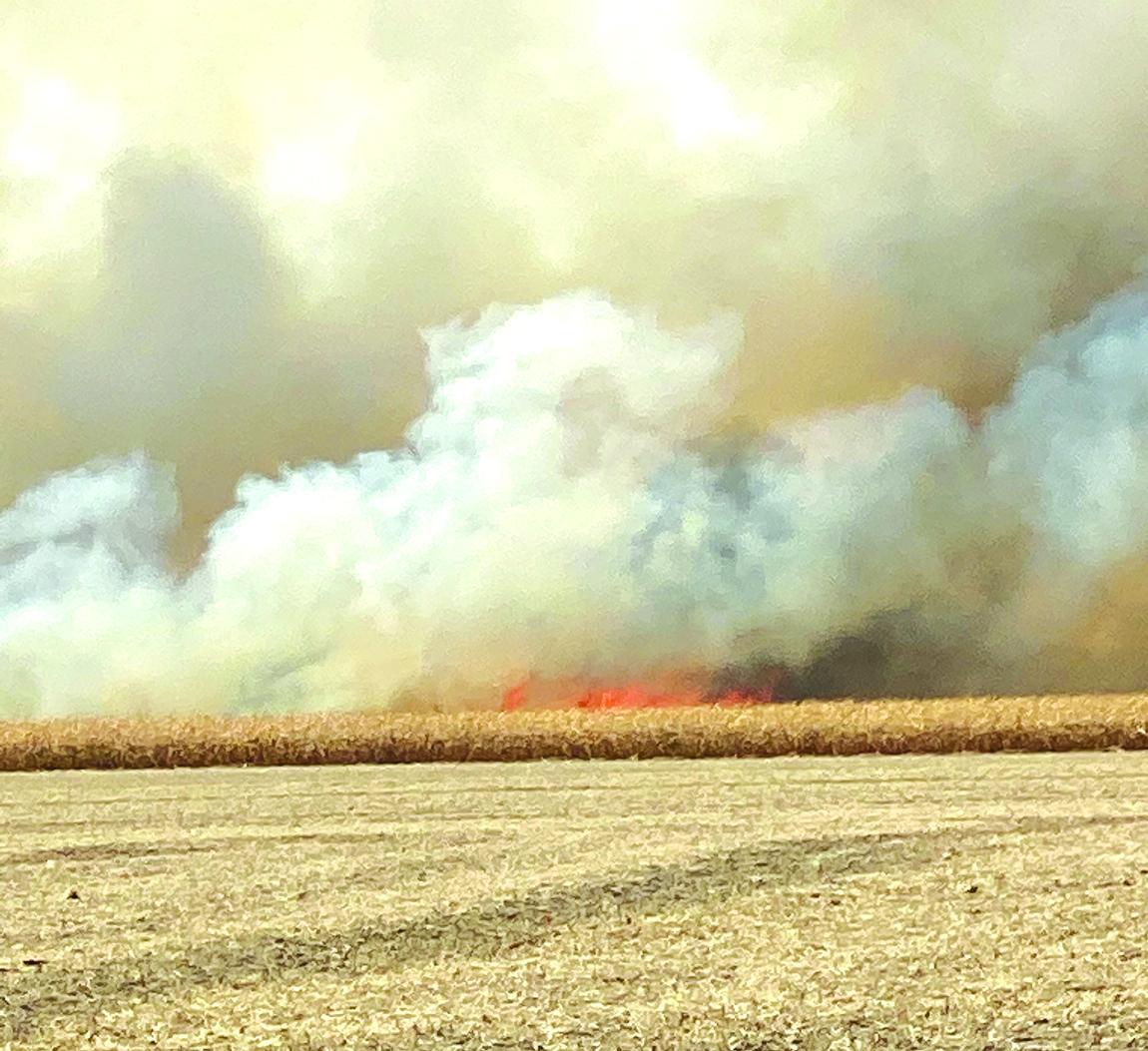 Scary Field Fire Near Pierson. Low humidity, extremely dry weather and high winds have caused major problems for local fire departments lately. There aren’t many days that have passed without a field fire somewhere. Fire departments from Arthur, Atwood, Bement and Hammond were called to a large field fire near Pierson Saturday, Oct. 17. In talking to Ronald Eagan, owner of the bean field that burned, he stated the field had already been harvested and he isn’t sure as to how it started unless a motorist might have thrown out a cigarette. They will probably never know, but he had 10-15 acres that burned. The fire spread to cornfields nearby farmed by Tony Brown of Lovington. No other information was available on how many of his acres that were burned. The fire was 1/4 to 1/2 mile from Pierson. Eagan said he is very grateful to all the fire departments who responded. With present conditions, the fires spread quickly. Kudos to all fire departments and firefighters who have been fighting all the recent field fires. They are to be commended for their dedication.