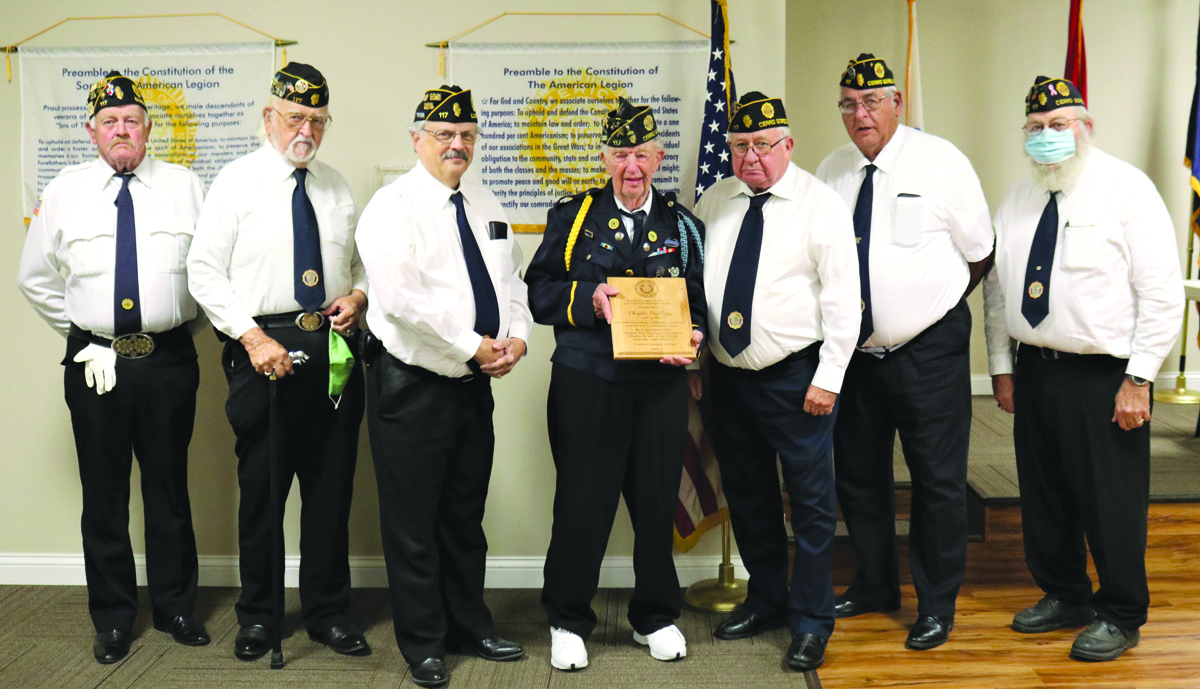 Lifetime Achievement Awarded To Paul Espy. The Cerro Gordo American Legion Post #117 presented Chaplain Paul Espy with a Lifetime Achievement plaque on Thursday, October 15 prior to their meeting. Marking a milestone in the Posts history, the engraved memento read in part honoring Espy for “Demonstrating a Lifetime Commitment and Service to God and Country” and named him Chaplin for Life of Cerro Gordo American Legion Post 117…”Onward Christian Soldier”. He has been a Post member for over 50 years and will turn 88 years young later this month. Pictured is Terry Marvin, Oscar Lanter, Past Commander; Gary Shaffer, Finance Officer; Chaplain Paul Espy, Garry Zackery, Commander; Wayne Clarkson, Adjutant; and Dick Marvin, Jr. Vice Commander. The Post had originally planned this award ceremony back in the spring but due to COVID-19 it was cancelled. In the interim, Espy has moved to Maroa to be closer to family, limiting his participation in Post activities. He has also raised the American Flag during the playing of the National Anthem at the Cerro Gordo Broncos home football games for over 50 years.