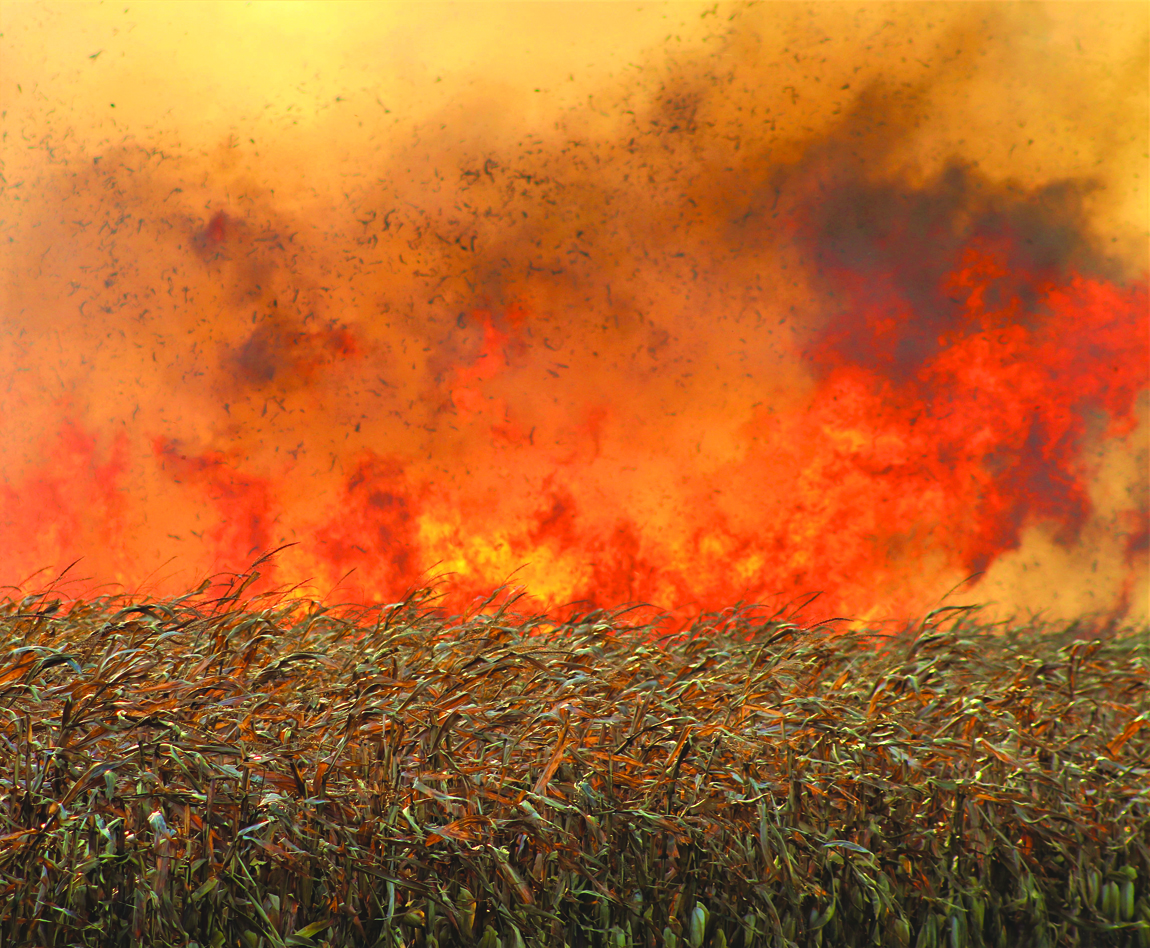 Just A Small Spark Is All It Takes. The excessive winds combined with extremely dry weather and low humidity have caused major problems for local fire departments lately. Within the last two weeks there has been a field fire somewhere in our rural farming communities and sometimes multiple ones leaving them spread thin. Fire departments from Arthur, Cerro Gordo, Hammond, and Lovington were called to this large field fire just west of the Arthur/Atwood Road on the south side of Route 36 on Wednesday, October 14. A combine apparently sparked the fire in the bean field on the south owned by David Beachy near the home of Jeff and Nancy Birch. The fire then spread north to the corn field owned by Gayle and Barbara Rohls and farmed by Gary Kuhns. It was estimated that approximately 15 acres were either burnt or plowed under to stop the fire. Traffic had to be shut down from both the east and westbound lanes on Rt. 36 for a few hours. The Arthur Fire Department was currently assisting the Atwood Fire Department with another field fire north and east of Garrett near the Champaign County line when the call came in for this one and sent two trucks back to assist. Fire crews and neighboring farmers used firetrucks and tillage equipment to clear the standing corn as the only way to form a break in the fire. Kudos to all the fire departments and firefighters who have been fighting all the recent field fires. They are to be commended for their dedication.