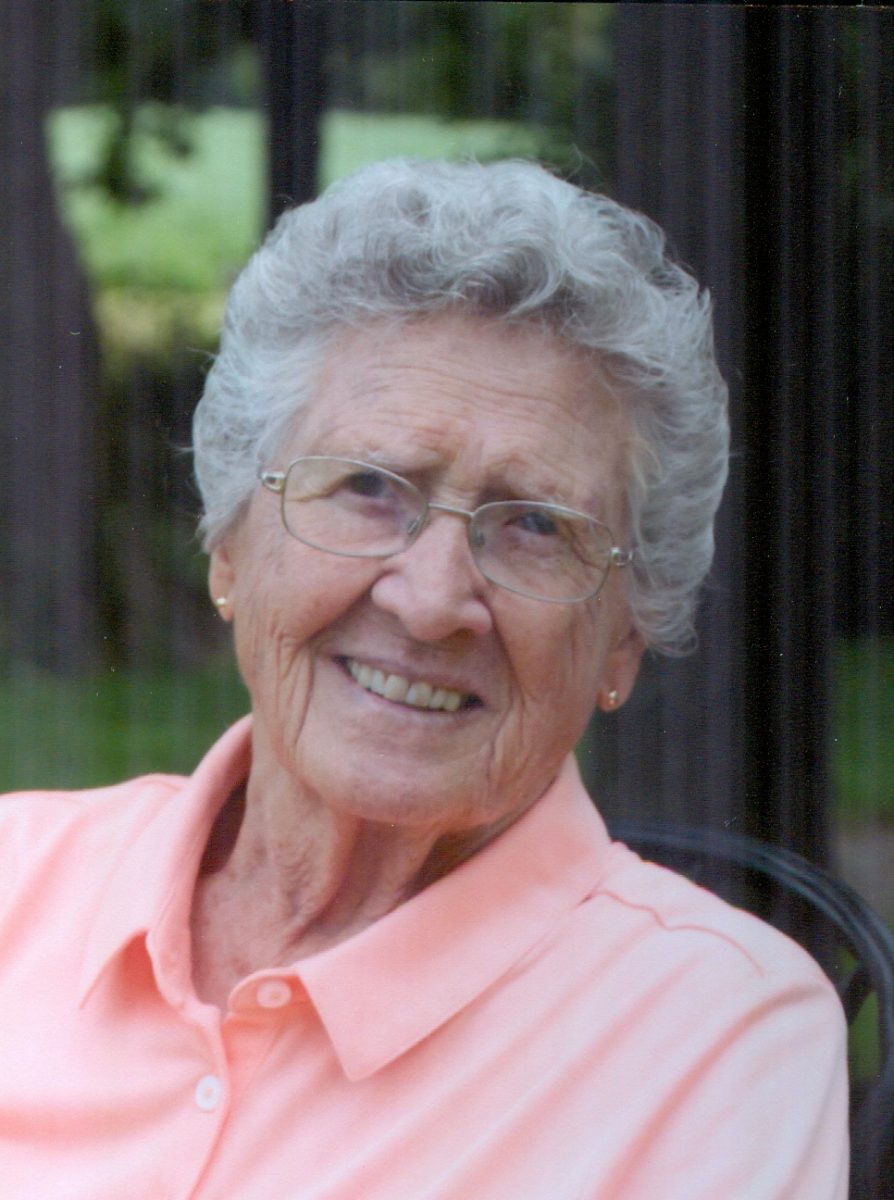 Joanne T. Schable, age 92, died October 18, 2020, at her home in rural Atwood after a brief illness. Born, December 25, 1927 to Adlia and Eunice (Rusk) Taylor in Milmine, Illinois, a baby sister was probably not what two older brothers Ronald and Charles “Chalk” Taylor were expecting on Christmas morning. Joanne attended a two room grade school in Milmine and graduated from Bement High School in 1945.

Joanne was busy as a farm wife and served on many committees of the Lake Fork United Church of Christ where she was a member. She made countless cakes, pies, and ice cream for the church and other organizations. Joanne was also an active volunteer with Faith in Action, Monticello. Loren and Joanne worked on many projects with Habitat for Humanity. Joanne was best known as the “Cookie Grandma” as she baked with her grandkids and great grandkids, then delivered homemade cookies to friends and relatives regularly.

Joanne was preceded in death by her husband Loren, in 2001, after celebrating 55 years of marriage. Brothers Ronald (Goldie) and Charles “Chalk” (Luella) Taylor; son-in-law Tom Hargis and grandsons Eric Prochnow and Lee Robinson also preceded her in death.

Due to the Covid epidemic, graveside services will be private with Rev. Grant Wade, Sullivan Christian Church officiating.

Memorial donations may be made to support: Faith in Action, c/o Leanne Griffin, 1115 N. State St. Monticello, IL 61856 and/or any local Habitat for Humanity of your choice.