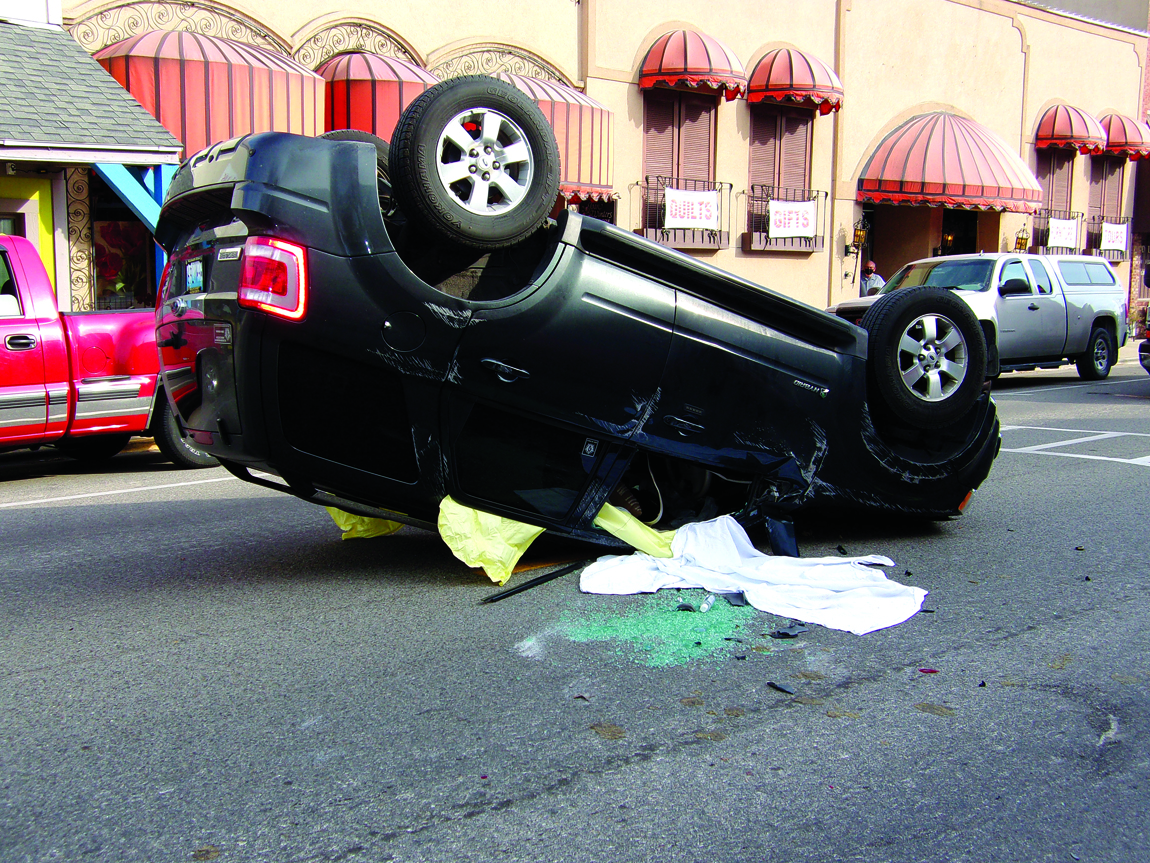 Upside Down On Vine Street. This is definitely not your typical scene in downtown Arthur however on Saturday, October 10, this actually took place around 2:57pm. Melanie Adcock of Hammond, according to the preliminary police report, had some type of a suspension break on her Ford Escape that caused her to sideswipe a parked truck in front of The Tastee Cup and then catapulted her to land upside down. The owner of the truck, Jamie Croegart of Heyworth, was shopping at the time and was not in the vehicle. Two eyewitnesses told Arthur Police Officer Lulek that Adcock was not speeding at the time of the freak accident and they said it was like watching something in slow motion unfold. Adcock was seen by the ambulance but not transported. Douglas County Sheriff Department also assisted with the accident.