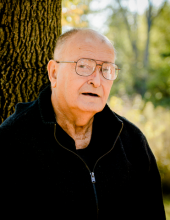 Private family services will be held at a later date. Memorials may be made to the Veteran’s Affairs Mental Health Services. McMullin-Young Funeral Home, Sullivan, is in care of the arrangements.

Bill was born August 15, 1945, in Broadlands; the son of Carl and Wanda (Arnold) Coddington. He served in the United States Air Force during the Vietnam War. Bill was an Assistant Fire Chief for the Atwood Fire Protection District, he then worked as a Maintenance Supervisor for the U of I and he retired from working as a Security Guard at Carle Clinic for Securitas Security Services USA. Bill enjoyed computers, electronics, watching John Wayne movies and loved the Three Stooges.

Bill was preceded in death by his grandparents, parents, two brothers, Jim and John Coddington, and one sister, Joyce Roles.