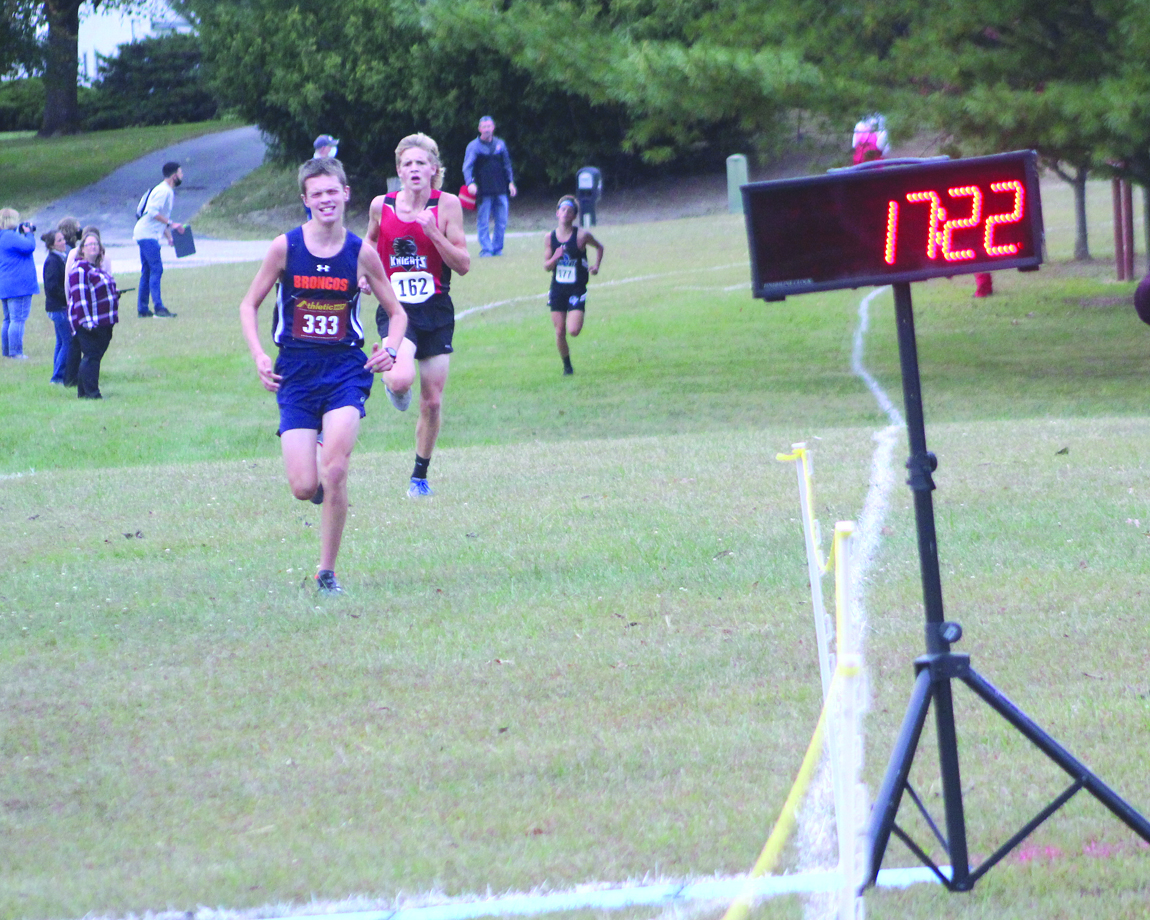 The Bronco’s Dylan Howell crossed the finish line in fourth place in the Lincoln Prairie Conference cross country meet held in Bethany’s Crowder Park last Friday. With this finish, he earned a medal and All Conference status. Dylan’s time was 17:24 and was the top time for the freshmen in the race. Cerro Gordo’s team also finished in fourth place in the team standings.

Sullivan won the meet with 27 points, Argenta Oreana came in 2nd with 75 points followed by Cerro Gordo in 3rd place with 77 points and Bement in 4th with 94 points.