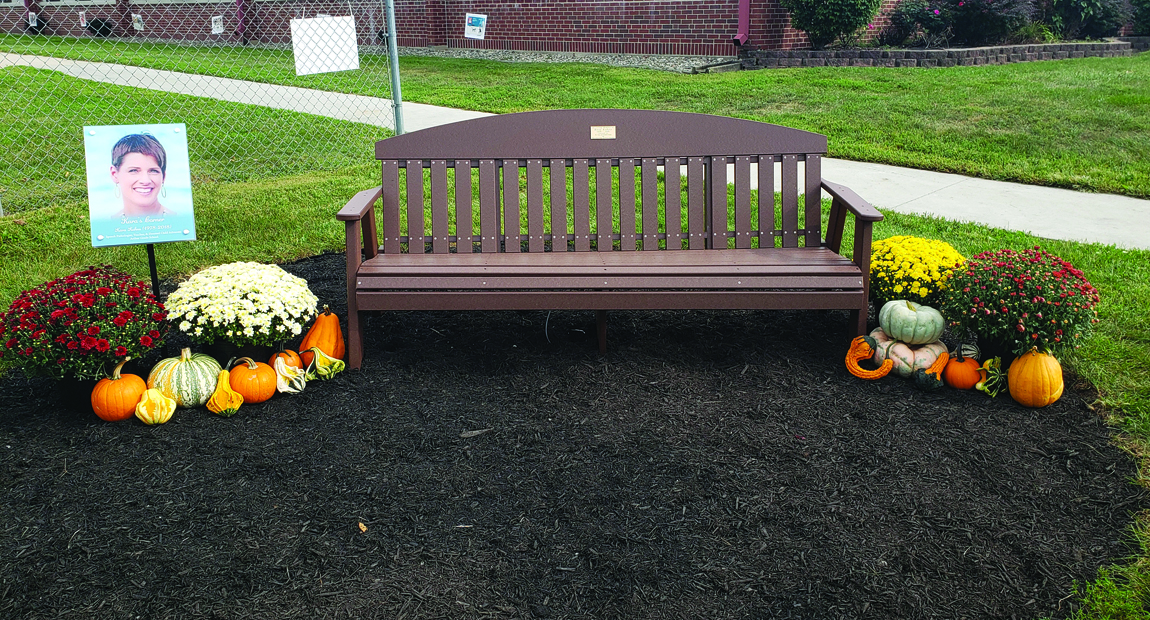 Anyone who knew Kara Kuhns knew what a ray of light and hope she was. Kara had an undeniable faith that made it hard to not give up hope. She was a wonderful loving mother, wife, daughter, sister, teacher and friend to those who were honored to have her as a part of their life. Even during times of her illness, she went on to spread light. Two years later, Kara is still fondly remembered and at the forefront of many minds here in Arthur.

“Kara and I were best friends for as long as I can remember. Our parents attended the same church, our brothers were in the same class, and we seemed to be at every event together growing up. Kara was always the friend that put things in perspective for me. We would have crazy ideas and then she would say, “ok, let’s plan this out.” She was the planner while I was the spontaneous one,” noted Kristin Nall, Principal of Atwood-Hammond Grade School.

As the two grew up together, they often spoke about what they would do when they got older and it always involved education. Even though they had joked about opening up their own private school someday, they did end up working together in the same school district. While Kristin Nall worked as a Kindergarten teacher before becoming Principal at Atwood-Hammond, Kara was a Speech and Language Pathologist.

As stated in a piece written by Emily Kauffman for the school website, it noted, “She (Kara) did not simply want to work here, she wanted to leave an impact.”

One of those “impacts” that Kara wanted to see come to light, involved a playground for the Pre-K students.

“If Kara saw a need, she was right there making a plan to fix it,” said Kristin. “She was a creative thinker. The Pre-K playground was something we needed and she made it her goal to get it done! She made a plan, formed a committee, and implemented the plan. She did all of this while battling cancer!” Kristin added.

“She had a huge impact on our school. She was one that I really got to know right away when I was first hired. She loved collaborating ideas and we worked together on ways to better improve our school and students’ needs,” said Principal Sage Hale of Arthur Grade School.

During Kara’s time at the Arthur Grade School, she created an organization known as “Knight Vision.” Kara began her work with “Knight Vision” by raising money and gathering resources to improve the look of the school. Knight Vision, staff and students started first with landscaping which laid the foundation for the playground improvement.

“At school, Kara treated each child like her own. She had a smile on her face and welcomed students each day into her classroom,” remembered Kristin.

Staff, students, friends and family honor Kara Kuhns with a comfortable bench on the playground for the community to enjoy. Next to the bench, one will find a picture of her joyful face which will forever draw people in to sit comfortably and enjoy time with their friends and family.

On a final note, Kristin Nall remembered the strength and hope that Kara always carried with her:

“She never let the disease take away who she was. In between chemo treatments and surgeries, she would put on her smile and go out and spread hope. She was present for each plan she created. She taught me that no matter what the circumstance was, there can always be something good that comes out of it. She was a firm believer in God and her faith was unwavering. For it is with God that all things are possible.”