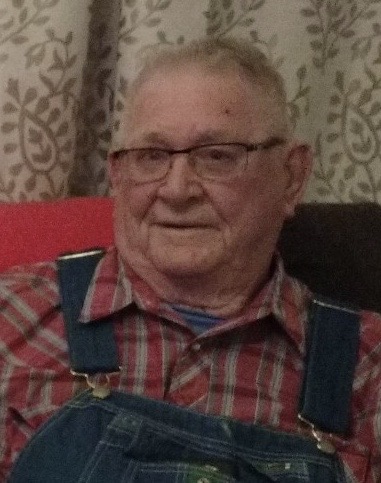 Graveside funeral services with military rites conducted by the Walter Jones VFW Post 2876 of Villa Grove will be held at. 2:00 P.M. on Tuesday, September 29, 2020 at the Camargo Cemetery. Pastor Lenny Summar will officiate. Please observe social distancing guidelines and masks would be appreciated. The Edwards Funeral Home is assisting with arrangements.

Floyd was preceded in death by his parents, his wife, Shirley, two infant children, two brothers, Roy Ray, and Claude Ray, one sister, Betty Croy and her husband Gene and another brother-in-law, George “Bud” Kappes.

Floyd was an Army Veteran of the Korean War.

He farmed prior to going into the military. When he got out of the military, he did some carpenter work, worked at the Tuscola Co-Op Elevator. Floyd also drove a truck for Dale Sanderson, hauling hay to the University of Illinois.

Floyd retired in 1993 from the CSX Railroad out of Tuscola with over 23 years of service.

Floyd was a member of the Camargo United Methodist Church.

He enjoyed hunting fishing and camping, spending time with family and friends and watching trains go by.

In lieu of flowers memorials may be made to the Walter Jones VFW Post 2876 of Villa Grove.