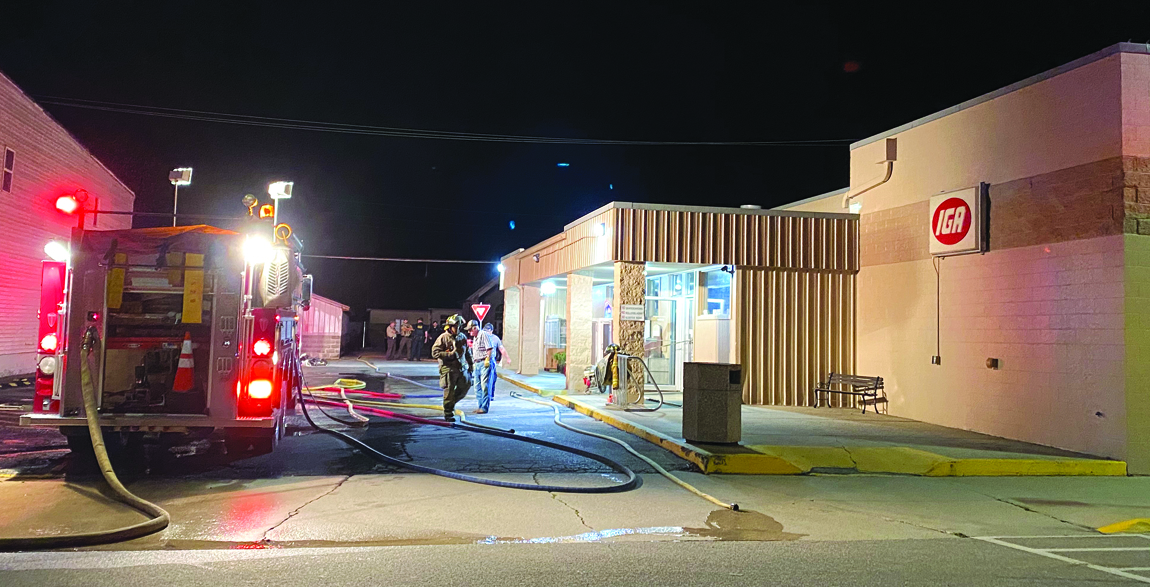 Arthur Fire Department received a call at 11:22 pm on Saturday night of a fire on the roof at the Arthur IGA.

The Arthur Fire Department received a call at 11:22 pm on Saturday night of a fire on the roof at the Arthur IGA.

According to Assistant Fire Chief Joe Gingerich, upon arrival there were flames showing on part of the roof however, the fire department was able to extinguish it very quickly and able to contain the fire to the roof before it got to the interior side of the building.

“The store had very little smoke inside but there was some ceiling damage from water run-off that was used to extinguish the fire on the roof,” Gingerich said. “Preliminary investigation appears the fire started at an electrical junction box by the roof units but it appears there was no structural damage on the underside of the roof structure,” he added.

Arthur IGA Store manager Zak Britton stated, “We had small electrical roof fire late Saturday evening. No products in the store were affected at all and we had just a little water in the backroom.” Britton said the store opened Sunday morning just three hours later than their normal time.

The sharp eye of a resident reporting the fire probably help save not only the grocery store, but several other downtown businesses.

Britton stated, “We want to thank the Arthur Fire Department for their quick response in containing the fire. We realize it could have been a lot worse.”