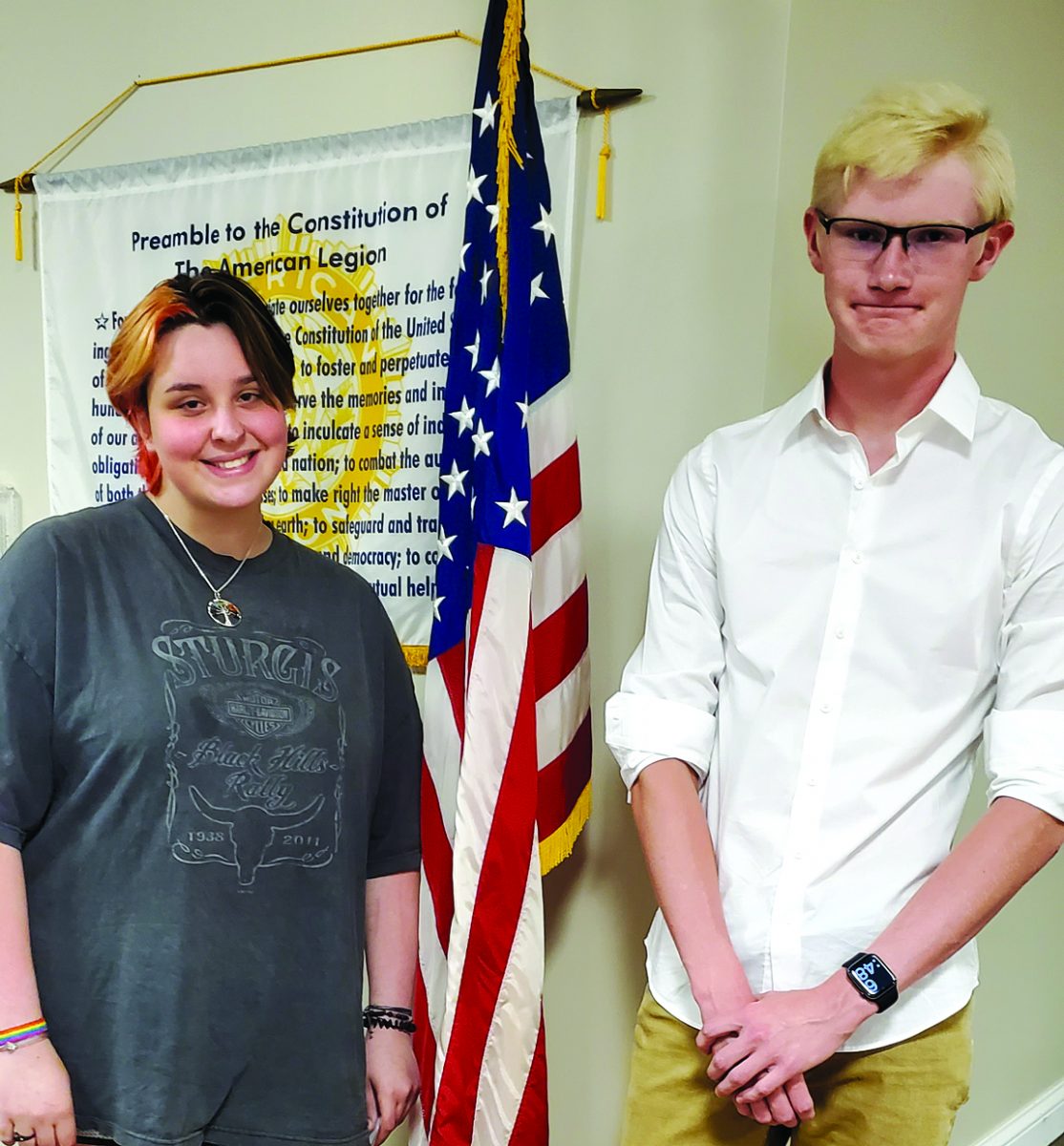 Winners of Class 2,3 and 4 Essays were invited to come and read their winning essays on “ What Can I Do to Unite Our Country?”

John Freese, 9th grade, son of Dennis and Karen Freese of Hammond. John, the second place winner in unit read his essay and was presented with his certificate and award by Connie Walsh, Americanism Chairperson.

Winning first place in our unit and going on to capture second place in District, Logan Miller, was the next reader and recipient of awards and certificates was a Sophomore. Logan is the daughter of Reagan and Robert Miller of Cerro Gordo.

There were no other students attending so the essays of Jossie Gentry, Ella Mann, JD Benson and Halie Daily were read by the Auxiliary members.

The meeting was then called to order, by president Nora Hanover.

Business of the unit and comittee reports caught up since there were no meetings since March. The unit will host Fall Convention in September the 19 and will need desserts. Meeting adjourned.