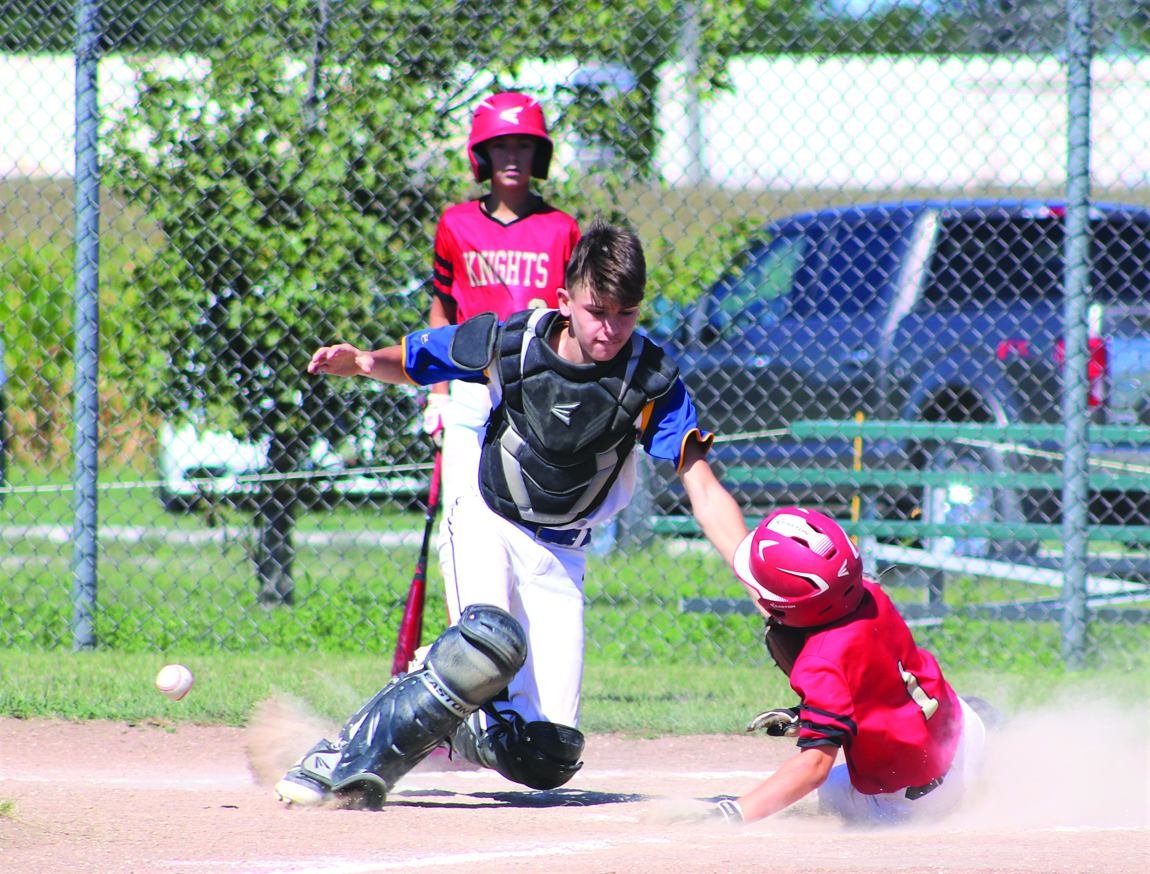 Safe At Home. Logan Schrock sliding into home with teammate Will Hilligoss watching the play unfold on a single by Easton Frederick as the ball popped out of Blue Devils Nolan Morse’s catchers mitt.

Will Hilligoss was the starting pitcher going three and two-thirds innings with four strikeouts.

The Knights traveled to LSA on August 27 to record their fourth win of the season. They defeated LSA 15-0 in four innings.

Dalton Vanausdoll led the Knights on the mound going four innings with seven strikeouts while going three for four at the plate with a triple and a homerun.

The team played at Shiloh versus Tri County on September 4. The Knights were victorious in three innings with a score of 15-0.

K. Schrock led the Knights at the plate going three for three.

The Knights finished their successful Labor Day weekend by winning both games of a double header against Villa Grove on September 5.

Game one was led by Vanausdoll on the mound pitching four innings with seven strikeouts.

At the plate, the Knights were explosive with Vanausdoll, L. Schrock, Smith and Easton Frederick all having two hits while Hilligoss, Maddix Stirrett, and K. Schrock recorded one hit each. Game two was won with a score of 19-8.

Hilligoss was the winning pitcher going four and two-thirds innings with eight strikeouts.

Stirrett pitched in relief with two strikeouts in two and one-third innings.

At the plate, Hilligoss, Gingerich, Vanausdoll, and Cruz Hale all had multiple hit games.

Appleby, Stirrett, K. Schrock, August Burton, Cal Binion, and Alex Rexroad helped their team to a win with one hit each.

The Knights continue their season on September 8 by returning home to play Okaw Valley in Lovignton.

The Knights are currently 7-2 with three regular season games left.