The Arthur Lovington Atwood Hammond Junior High baseball team kicked off their season August 15 with a double header against Villa Grove in Lovington.

Dalton Vanausdoll led the Knights on the mound in game one to a 12-0 win in four innings. He logged eleven strikeouts, one walk, and no runs.

Offensively the team had seven hits in the game with Will Hilligoss going two for four with a double and Vanausdoll with a triple.

The Knights won game two of the double header 16-11.

Maddix Stirrett started the game pitching for the Knights going three innings with six strikeouts and allowing only two hits.

Hilligoss came in as the relief pitcher to end the game striking out eight and only allowing three runs.

The team was aggressive offensively with twelve stollen bases.

The Knights advanced their season with a win of 23-12 at Paris Crestwood on August 17.

Kendall Schrock was the winning pitcher pitching four and a third innings with four strikeouts.

The team racked up sixteen hits in the game.

K. Schrock, Hilligoss, Stirrett, and Colin Smith each had multiple hits in the game.

The team lost their first game 10-0 at Mt. Zion on August 21st in five innings.

Vanausdoll was the starting pitcher going for four and two-thirds innings with six strikeouts.

The Knights’ season continues at Unity on August 25 and LSA on August 27. 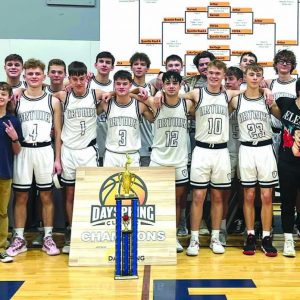 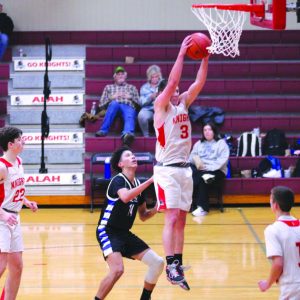