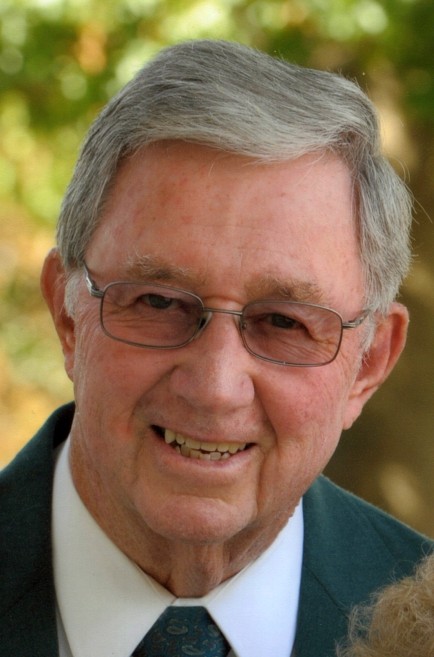 Dave was born January 12, 1933 in rural Arthur, the son of John Joseph and Margaret Agnes Smith Conlin. He married LaVonne “Bonnie” Bolton in Arcola on October 1, 1955, they were married for nearly 65 years.

Dave graduated from Arthur High School in 1951 and attended the University of Illinois. He then served two years in the U.S.Army.

He worked for 36 years as manager of Unity Grain, formerly known as Pierson Grain. After retirement, he continued part time in the fertilizer department with Unity Grain. He also served on the Board of Grain and Feed Association of Illinois.

Dave belonged to St. John the Baptist Catholic Church in Arcola, where he served on the Finance Committee and served as an usher for many years. He enjoyed boating for 27 years and was a member of the Illini Grants and Aids for 15 years.

Memorials are suggested to St. John’ Catholic Church or Arthur Fire and Rescue.