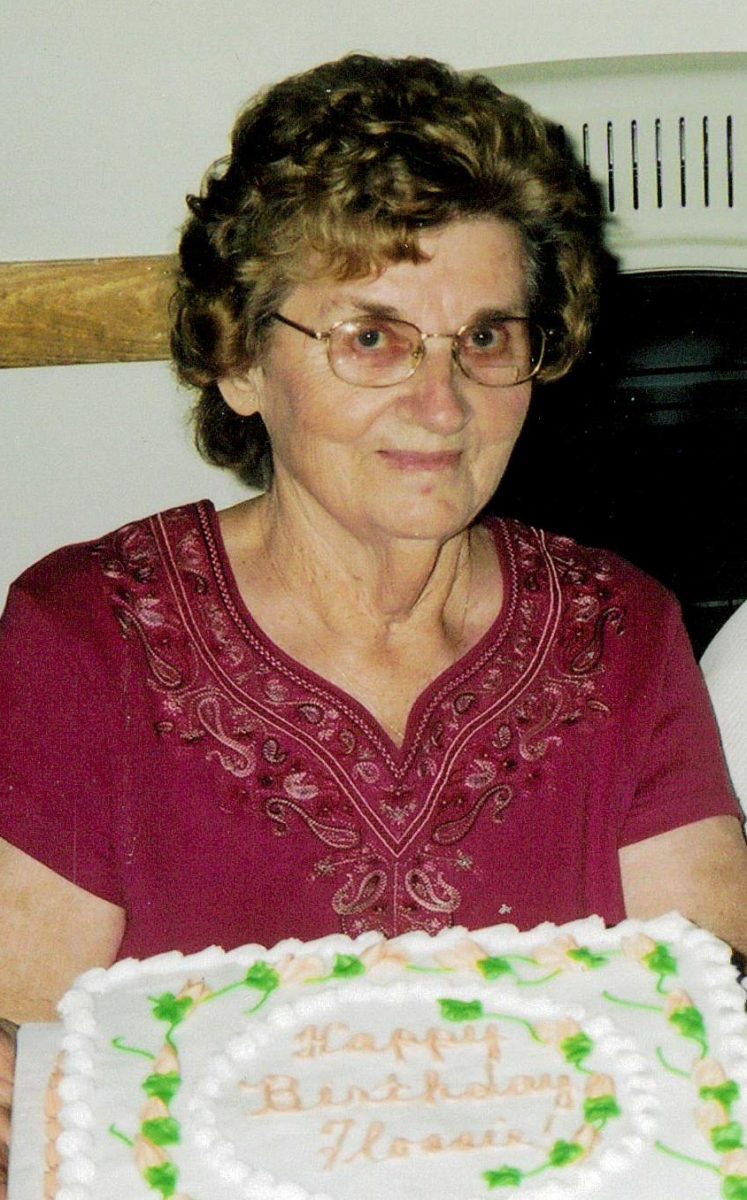 Flossie was a member of the Vine Street Christian Church in Arthur, but she had recently been attending the Arthur First Baptist Church.

Flossie’s family moved to Arthur, when she was six months old. She was a cheerleader at Arthur High School for one year. She had started working in a restaurant at the age of 15 and got married at the age of 16 to a boy, Donald Stevens, from Humboldt who was 19. They lived happily married for 59 years and three months. They had lived in a one room home in Brocton, and after living there for six months Don was called to war so Flossie moved back to Arthur and worked at Progress Casket Factory until Don came home and they moved back to Brocton.

After having two daughters they moved back to Arthur in 1955 so that Don could work for Progress. A new home was built for them in the Progress addition at the cost of $43 a month. The girls then would ride the bus to and from school. They arrived home one day to find their mom wearing maternity clothing and she had told them a baby was coming. In 1963 they got a boy; Flossie was so proud she gave Don a son. Three years after his birth the doctors told them he only had about 6 months to a year left to live, but God let them have him for three years!

One Sunday at the farm the grandchildren were outside and couldn’t be found. Flossie then found four of them in the chicken house, she went out with a broom, water and rags and helped them clean it so they would have a playhouse.

Memorials may be made to the Arthur First Baptist Church.