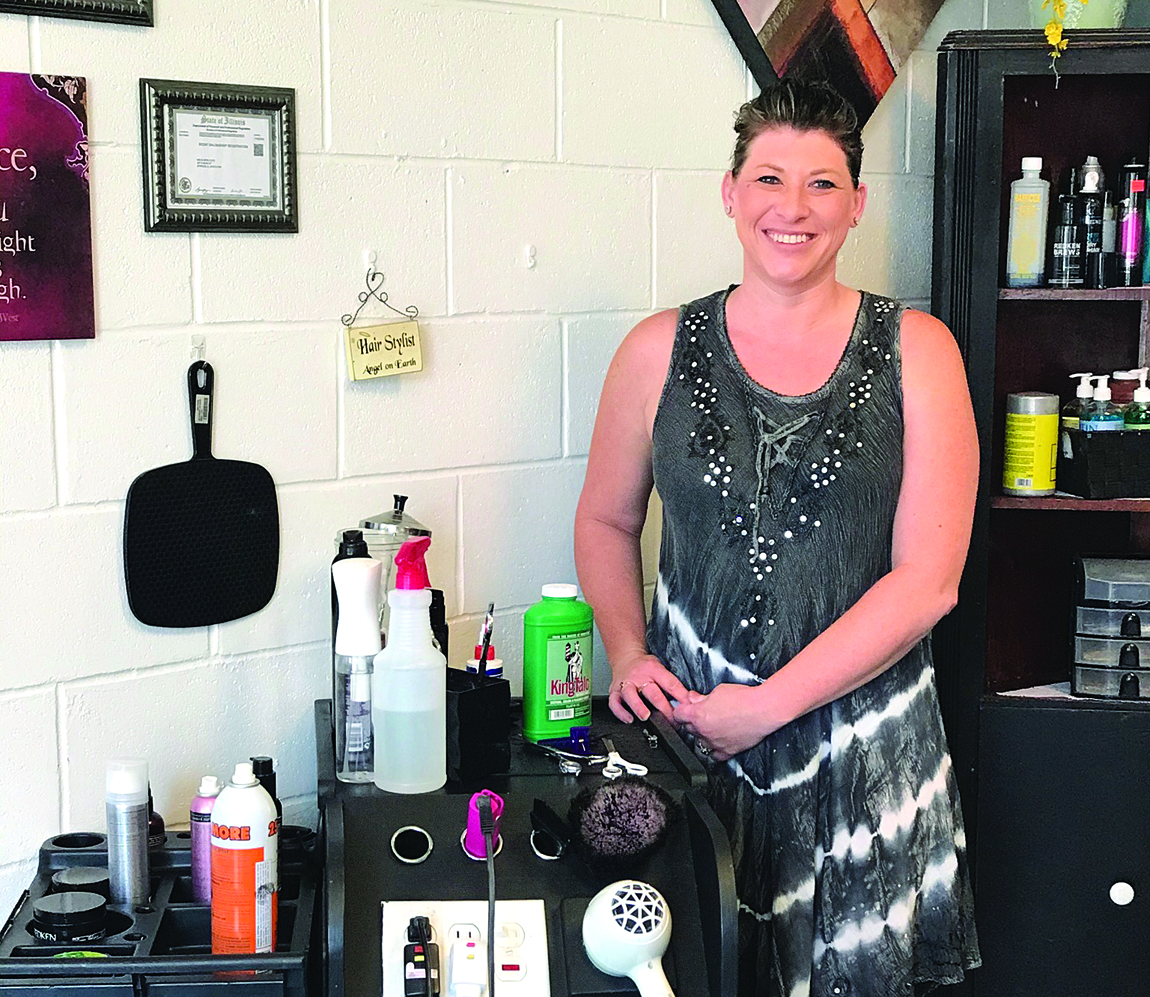 Aimee Logsdon-Nevitt, owner/stylist of His N Hers Cutz, Downtown Atwood.

While the COVID-19 pandemic has been a real headache for so many people, Aimee Logsdon-Nevitt found it to work in her favor in opening her new hair salon in Atwood. Aimee’s shop is named His N Hers Cutz and is located at 107 N. Main Street.

Aimee has been a stylist for a long time. When Mike Drake purchased a large building downtown Atwood, he contacted Aimee and asked if she would be interested in opening a shop in a portion of the building. Aimee was interested at the prospect of owning her own business, but then the pandemic hit and things took a step back. But since there were several things to be done to allow a beauty salon to be in the space, it allowed the time for it to happen. She didn’t have to rush into things, she took her time and made it really nice. However, by the time the governor allowed salons to re-open she was ready, willing and able. She opened her doors on June 1.

She states that since she opened, she has been extremely busy and found it to be a challenge trying to undo some of the color, cuts, etc. that some people tried to do themselves when they were unable to visit a salon.

As the name indicates, Aimee’s salon is for both men and women.

While this building has housed many businesses, Aimee’s shop gives it a whole new look. It is amazing what some clever decorating can do to transform from one business to another.

Her background includes: Vocational School Mr. Johns School of Cosmetology in 2002, transferred to Concept School of Cosmetology, Urbana, 2003. She was manager of Smart Style Salon at WalMart on Prospect in Champaign for six years (2009); managed Hair Cuttery in Danville and Champaign until 2017. She took a break from hair for a while until she was contacted by Drake.

Aimee says she has great support from her family, daughter Savannah, 16, sister Cassie Logsdon of Savoy and dad Mike Logsdon of St. Louis.

His N Hers Cutz offers an array of services, including beard trim, bang trim, regular shampoo and sets, color, texturizing, waxing and conditioning. Hours are Tuesday, Wednesday & Thursday 9 a.m. to 7 p.m.; Friday 9 a.m. to 5 p.m. and Saturday 9 a.m. to noon. Closed Sunday and Monday. To book an appointment call 217-766-0989, you can book online or go to His N Hers Cutz FB page.

The community congratulates Aimee on this new endeavor and wishes her continued success. She is a great addition to downtown Atwood.