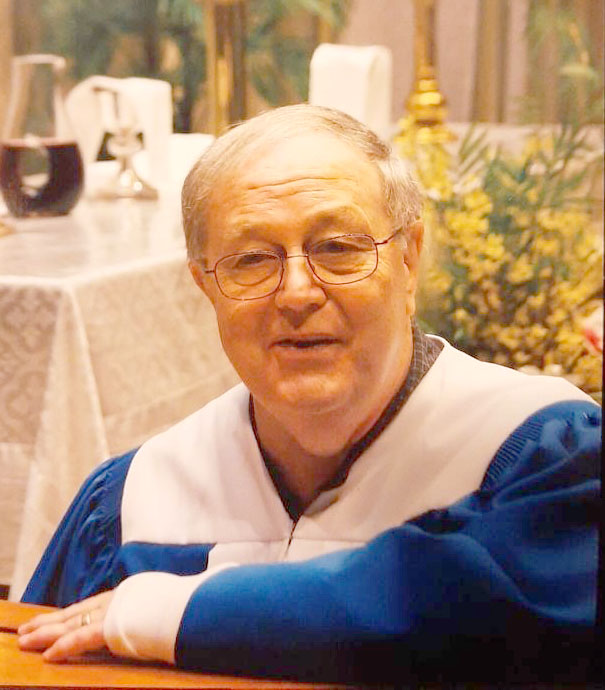 He grew up in Villa Grove and graduated from Villa Grove High School in 1958. He earned his master of science degree in education from Eastern Illinois University. He then went on to receive his master of divinity at Garrett Theological Seminary in Evanston and was ordained an elder in the United Methodist Church. His final degree came with his earning a master of extension education from the University of Illinois in 1989.

He was a member of the Illinois Masonic Lodge, and was often active in the Rotary Clubs in the various communities where he lived.

He was preceded in death by his parents, Obel and Daisy Elder; his brother, Joe; and a granddaughter, Sarah Michelle.

He loved to research his ancestry, liked to read, was quite the history buff and was a collector of coins. Pastor Jim, as he was well known by many, was renowned for his amazing hugs and for his willingness to socialize with anyone he came across. He touched many lives during his ministry and was loved by many, including his family and many close friends.

Renner-Wikoff Chapel & Crematory, 1900 S. Philo Road, Urbana, is in charge of arrangements. A private memorial service will be held for immediate family on Monday, July 20, 2020, at 11 a.m. due to current COVID-19 standards. An open to family and friends burial will take place in the Centennial Cemetery (Villa Grove South Cemetery), Villa Grove, at noon. The family is planning a “celebration of life” service at a later date.

Gifts, designated in memory of Rev. Jim Elder, can be made either to: First United Methodist Church, 210 W. Church St., Champaign, IL 61820; or WILL TV and Radio, Campbell Hall for Public Telecommunications, 300 N. Goodwin Ave., Urbana, IL 61801.
Condolences may be offered at www.renner-wikoffchapel.com.