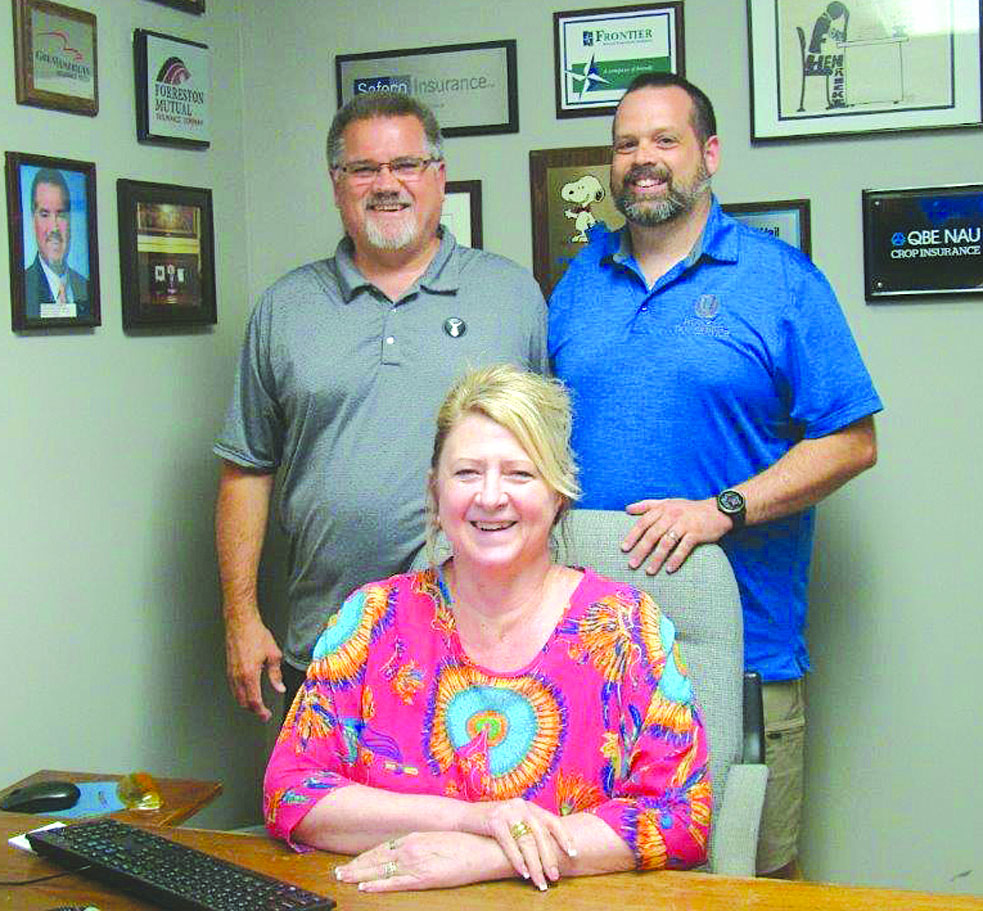 It was the end of an era on July 1, 2020 when Todd Henricks decided it was time to semi-retire and sold Chapman-Henricks Insurance Agency in Cerro Gordo to Justin Howell. It is always bitter sweet when a company ends an era, but the agency will continue as normal under the capable hands of Howell. Todd plans to continue working on a part-time basis through Dec. 31, 2022.

The agency started in 1897. Todd’s grandfather, Bert Chapman, owned the business from 1916-1933. He re-purchased it in 1946. Todd’s father, Firman Henricks began working there in 1947. When Grandpa Bert retired in 1975, he sold the agency to his son-in-law, Firman. He sold the business to his sister-in-law, Martha Chapman Glennon.

A 1974 graduate of Cerro Gordo High School, Todd graduated from Southern Illinois University (SIU) in Physical Education in 1979. He continued at SIU getting his Masters in 1986 in Industrial Safety. He became a college football & wrestling coach, spending two years at SIU, Carbondale, three years at Muskingum University, Ohio and one year at Edinboro in Pennsylvania.

During his insurance career, Todd has thoroughly enjoyed lobbying for insurance in Springfield and Washington. He is proud to call Illinois State Senator Chapin Rose and Congressman Rodney Davis among his good friends.

Todd says working in insurance is a great career. If you are looking for a career where you can control your own destiny, this is it. You are your own boss and how much you make depends on how hard you want to work. You have the freedom to attend sports and other events where your children are involved. You make your own schedule.

Todd was a volunteer football coach in Cerro Gordo for 30 years, retiring in 2016. He has been on the Cerro Gordo School Board since 1997. His term will end in 2021.

Todd’s wife Jane is a silent partner in the insurance agency, but she primarily stays busy in her own career as a high school English and Spanish teacher, and has been for 37 years. She has worked in Cerro Gordo, Bement and Bethany.

They have a daughter Leah (Ben) Peter of Cerro Gordo, and a son Noah Henricks, a senior at the University of Illinois. They are very proud of their grandson, Bo, 5 months old.

Justin Howell, the new owner, is a 1999 graduate of Cerro Gordo. He graduated from Richland College in Decatur and took online classes at Colorado State receiving an Associate’s Degree.

Justin began by renting an office space from Todd to prepare tax returns. Justin says the opportunity presented itself to get into the insurance business. He became an insurance producer in 2018 and worked with Todd. He stated that he is pleased to be able to buy the agency from

Todd and carry on this great business. He said things will primarily stay the same.

Justin’s wife, Megan, works for the call center at St. Mary’s Hospital. They have three children: Dylan, 14, Jazlyn, 11, and Rylyn, 7.

Both Todd and Justin rely a great deal on Julie Mull-Hite. Julie has been the customer service representative since 2010. Her welcome voice is the one you primarily hear when you call the agency.

The agency will be sporting a new name in the near future of Chapman-Henricks & Howell. Even though Todd is going to semi-retire, he will still be available on a part-time basis. He is looking forward to having more free time to call his own.