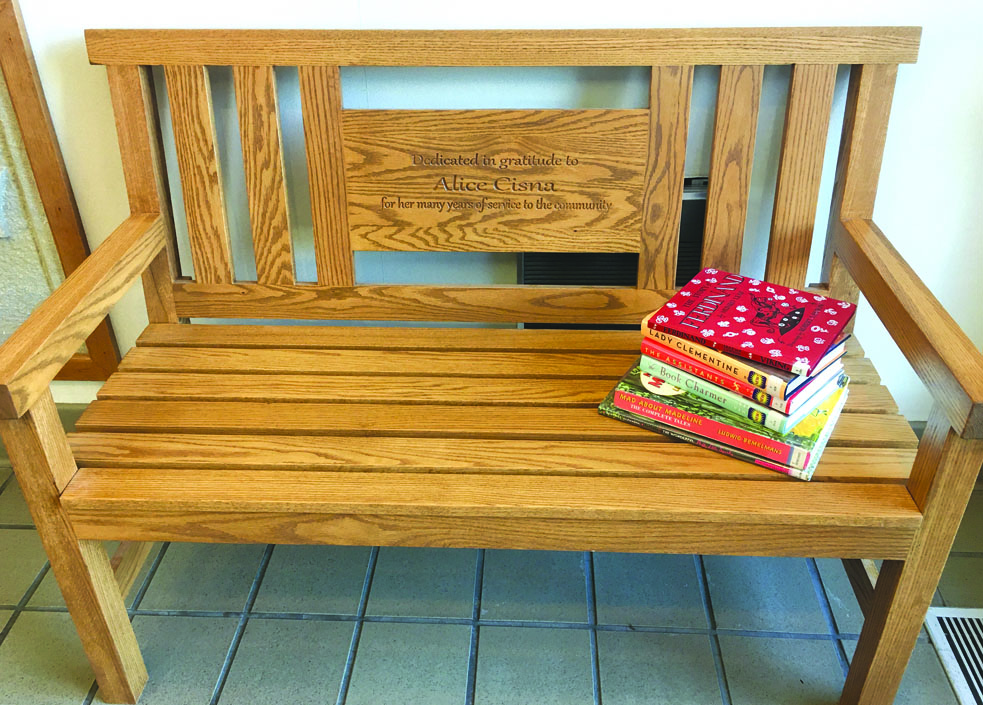 The Board of Trustees for the Arthur Public Library recently commissioned Charlie Oye to construct a bench for the library foyer to honor longtime library director Alice Cisna. Alice retired in June 2018 after being employed by the library district for 27 years. In that time, the library saw many changes including the move from Vine Street to the new building on Walnut just as Alice began her tenure. In fact she was quite surprised to learn after being hired that her first job was to move the library which she handled with her usual competence and efficiency. Technological changes were probably the biggest issues Alice had to deal with during her time at the library with many changes made in computers and the way in which books can now be checked out, particularly in the area of interlibrary loans which have become a big thing. The library board wanted to be sure that Alice would be remembered for all her years of dedicated service. Be sure to stop by the library and check out this beautiful bench!