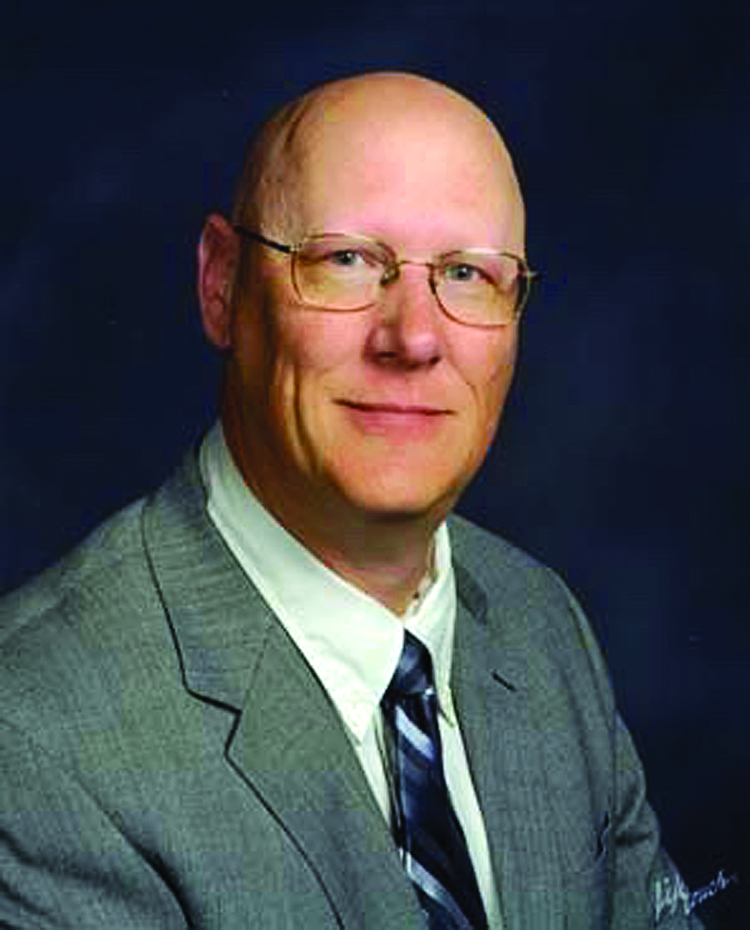 Open house to be held in his honor

If you have met Pastor Bruce Weiman, and have gotten to know him well, chances are you are familiar with his talent for story-telling, wisdom, funny wit and his dedication to being a servant for Jesus Christ. Bruce has been a very active member of the Arthur community. He has attended several sports games, a member and president of the Arthur Rotary, volunteered time at the Arthur Cheese Festival, Moultrie-Douglas County Fair, been a part of the Amish Heritage Center and has probably washed thousands of dishes and cut many onions in his five years at the Wednesday night community meal. And if anything has been left out – it is just because he has been that dedicated.

Bruce Weiman was ordained a deacon in 1977. He has been in the ministry for 43 years and has spent 41 of those years, serving in a church. His assignments include Astoria, Sheldon’s Grove, Bloomington West Olive, Hudson, Altona, Camargo-Murdock, West Olive, Fisher, Bowen Living Faith and the Arthur United Methodist Church.

Some of you may find it surprising (if you don’t know Bruce), that he originally set out to be a chemistry teacher. In his office, you would even find a table of all of the scientific elements – which is something you don’t often find in a pastor’s office. So with his love of science and chemistry – how did he find his way into becoming a pastor? “It was something that I was called to do – inner-conviction,” stated Pastor Bruce. “All the other doors had closed. You hear about God opening doors and God closed a bunch of doors. There were about 5 different career paths after college and this was the one that seemed to be open. Being a science major is a rather odd precursor in coming into a humanities profession,” he added.

When doors open or close, we often wonder who we could have been or what we would have been, should one of those doors not have been closed. That is just natural human curiosity. Did Pastor Bruce feel that he might have been a different person if those doors to science hadn’t closed?

“I don’t think I would have been a different person. I am pretty much who I am. I’ve been through a lot of personality tests. Our experiences change a lot about us and there is no way of knowing or how I would be different,” he explained. Although, had he chosen science, he would have chosen to be a synthetic organic chemist or work in forensic science.

While Pastor Bruce wasn’t called to work with science, being a pastor has taught him a few things about life. Often when God calls us to do his work, or opens doors in the direction he wants us to go, there are always lessons along the way to learn.
“Life is filled with glorious victories and glorious defeats. And sometimes they come on the heels of one another,” he quoted. Pastor Bruce then went on to explain. “It is very hard to recognize that there is much more than the obvious. It is hard to see the depth of spiritual reality while we are living with our physical reality. Friendships are difficult and precious, because we move from one place to another very often and quite a distance from where we were. Friendships in those situations seem to be transitory. But there are friendships that you can sustain during those changes, but that is the difficult part – sustaining the friendship. It’s hard to be lovers at a distance. I’ve had friends that I’ve been able to keep from many of my former congregations and expect to do so again here.”

Looking back on our experiences in life, we often sit and wonder, what are the things we can take with us-especially when we leave one job and enter another. The same would be with retirement as well. When you have spent multiple decades in one career, there have been many experiences which can leave you with many types of parting wisdom. Serving churches as a pastor for 41 years, can definitely leave an impression on one’s heart. So what “parting wisdom” will Pastor Bruce be taking away as he enters retirement?
“The most significant and rewarding part of pastor ministry comes at the most difficult and terrible times. We interact with families and have the privilege of being at those important moments – deeply important such as births, baptisms, marriages and regular interactions and very deeply raw times – illnesses, accidents, death. Intersection times are the most significant things we do. But most of the time they are not pleasurable moments,” he answered. One thing is for sure though, which he mentioned…“Ministry never comes at a convenient time.”
Since Pastor Bruce began his time at AUMC, on July 1, 2015, he has several memories which he will hold close. “Starting track meets here has been fun, the Cheese Festival and now coming up, the Bob Doan Memorial International Cheese Curd Spitting Championship,” he mentioned.

“I have been involved in a lot of things. The community has been very welcoming and open for a person who comes in as a temp to be involved. This is not usual and it is not normal. My whole career has been in smaller communities and the new person is looked upon with suspicion. An organization is usually suspicious of a new person coming in. Here in Arthur, they let me do it- like announcing at the Cheese Festival and the Outdoor Expo,” he said. Pastor Bruce went on to explain further.

“All the relationships that I’ve had and relationships I’ve had with people outside of the church – for example – being able to enter into some close relationships with some of the Amish folks. It’s been wonderful being welcomed here and wanted. A lot of communities will say, “You’re only a stranger once or we are a friendly congregation. Here in this congregation – quite a few people – and here in this community, they live up to their word. “You’re only a stranger once,” he beamed.

When Pastor Bruce speaks of AUMC and the Arthur Community as a whole, it is easy to see how proud he is of them both and how much, this town has meant to him- as he went on, to describe more positive insights of Arthur.

“This community is “forward-looking” This one looks forward. Most small communities look at their “glory days and in the past.” At Wednesday meals and all the people we have interacted with, we’ve been able to provide a place for people to meet,” he said.

Should you ever be called to be a Pastor, or know someone who is entering that “open door,” Pastor Bruce has some very insightful advice: 1). Don’t be alone. Find a support group outside of the church- not in the local church. 2). Ministry happens in the most inconvenient times. And sometimes you work 15 hour days. 3). There’s no reason to feel guilty for working a 4 hour day because there are plenty of 15 hour days that will make up for it.

Now that you’ve had an inside “look” of Pastor Bruce, AUMC would like to invite you to an “Open House Retirement” to be held in his honor. It has been scheduled for Sunday, June 28 from 1:00 pm – 4:00 pm at Brad-O-Clen. If you would like to stay a bit, you will need to bring a lawn chair.

And before we send Pastor Bruce off for his retirement, he wants us all to know that we haven’t seen the last of him yet. “I won’t be gone too far away . I still will be participating with some things in town, but I will miss the regular interaction with many of the people.” We will miss you too, Pastor.