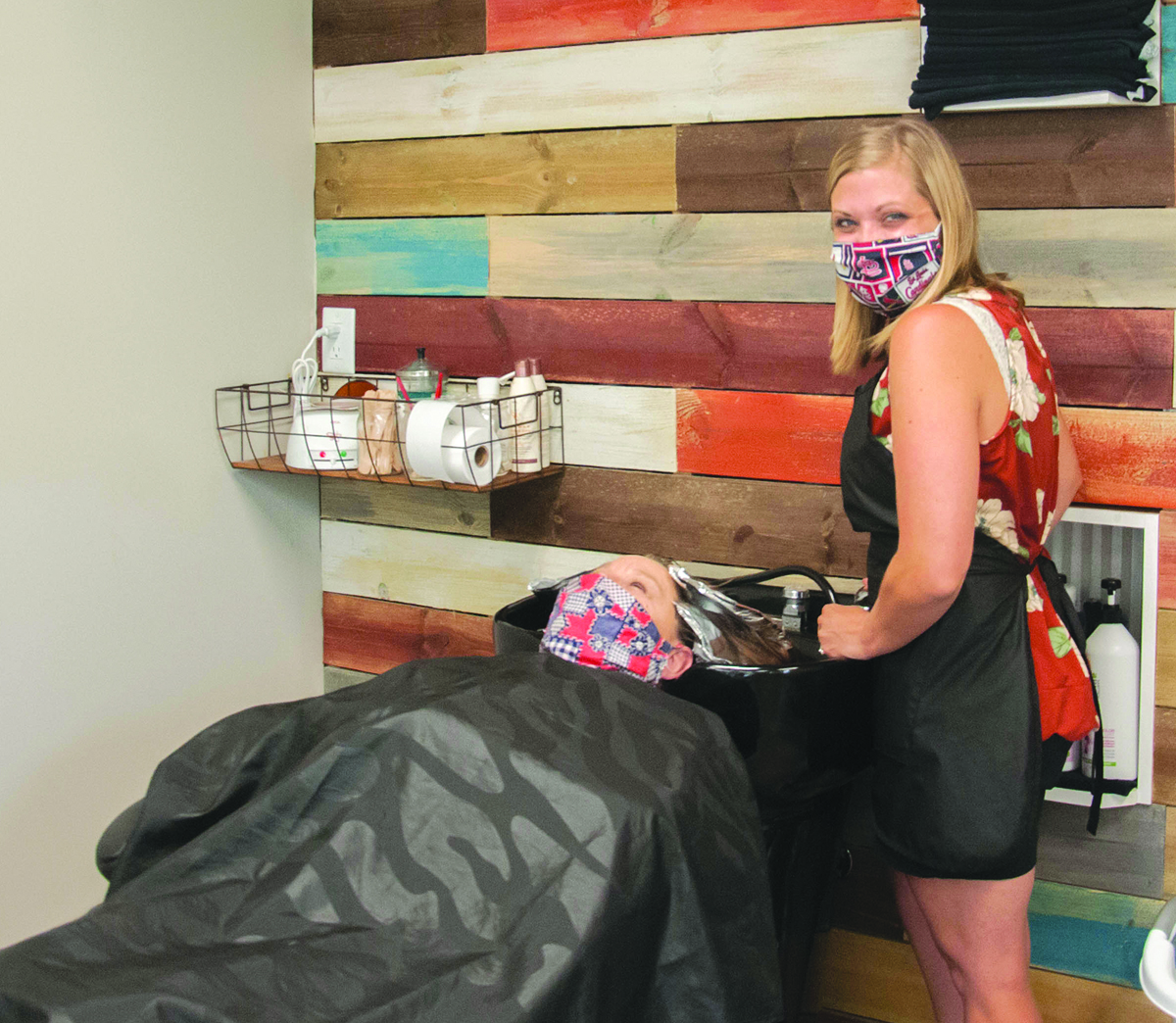 Courtney Lehew has been a hairstylist for 15 years. In June of 2018 she opened up her own salon in Cerro Gordo, called Studio 116. She reopened on June 2.

Courtney Lehew has been a hairstylist for 15 years. In June of 2018 she opened up her own salon in Cerro Gordo, called Studio 116. The Salon is located off of Wait Street in Cerro Gordo. You can’t miss it with it’s blue and orange paint.

Ever since Governor Pritzker signed an Executive Stay at Home Order in March, due to Covid-19, salons have been forced to close.

On June 2 salons were allowed to reopen. As for the opening, Lehew states, “It’s like another opening” stated owner, Courtney Lehew. She has had no issues with complying with the State guidelines. There can be no more than 10 people at a time, hairdressers and adult clients wear masks, no one is allowed to come to an appointment if sick or running a fever, and proper handwashing and sanitation is taking place. They are asking families not to come in together unless necessary with small children.

Lehew stated she has no issues with following the guidelines as there are generally not even 10 people on a normal basis in the building at the same time. However, her book is full for about 3 months. There are three people that work at the salon, two hair stylists: Courtney Lehew and Lynn Proctor. Tonya Woollen is a nail esthetician.

What is interesting about this particular salon in Cerro Gordo, is it used to be a library and before that a telephone company called, Exchange Building Commercial Telephone Company.

Lehew has photograph documentation, which is displayed. One of the doors in the back still has the original drop off box for books from when it was functioning as a library.

Her husband, Travis turned it into her dream salon. Travis did a majority of the remodel with help throughout the community. He would like to thank those that helped. “It took a month to clean it all out before we could begin to gut it. All while Travis worked his full time job.” stated Courtney. Travis thanks those that helped. “We had a lot of friends and family that helped clean it out: Steve Doolin, Bill Woollen, Jeremie Endrizzie, Chris Johnson, Dustin Redding, Van Albert, Zach Braden, Brian Wright, Chris Atter, Alex Pena, Dan Wierman, and Carl Proctor.”

Adding, “People were always stopping by and lending a hand.”

The day of the reopening was wonderful, stated both Lehew and Proctor. “It felt like we were working in a candy store. Everyone was so happy.”