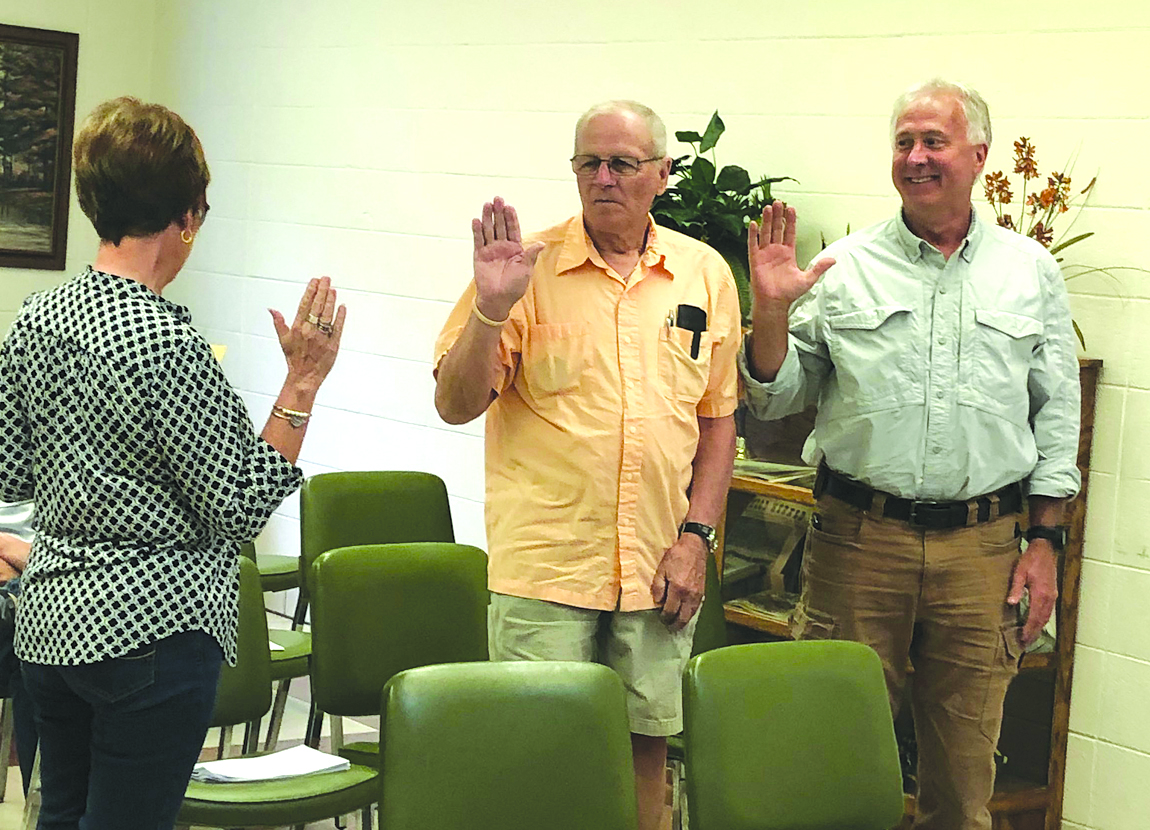 Village Clerk Nancy Wierman is pictured swearing in Ronnie Wallace, left, and Scott Harris as new trustees for the Village of Atwood until the spring election. Photo courtesy of Christina Stoltz

Ronnie Wallace & Scott Harris were sworn in as trustees for the Village of Atwood at a special meeting on Tuesday, May 26, at 5 p.m. They will fill the vacancies left by Marion Erwin and Arthur Urban. The resignation of Urban was accepted earlier in the meeting. Urban stated in a letter to the board that he was resigning due to extreme health issues.

Wallace and Harris will fill the positions until election next spring. The entire board will have to run in the next election if they want to remain a trustee/village president.

Ryan Staley, Engineer for the Farnsworth Group, presented a resolution for maintenance under the Illinois Highway code for the 2020 Motor Fuel Tax program. The village approved a motion to appropriate $45,000 of MFT funds for the purpose of maintaining streets and highways.

A lengthy discussion took place regarding the tentative budget for FY21.

The next meeting of the board will be held on Monday, June 8, at 7 p.m. in the Municipal Building. 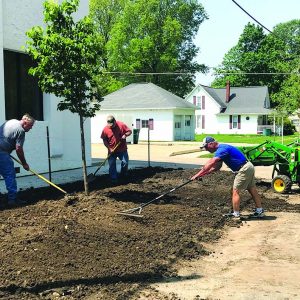 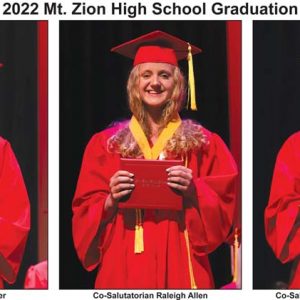 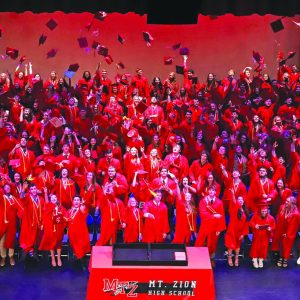