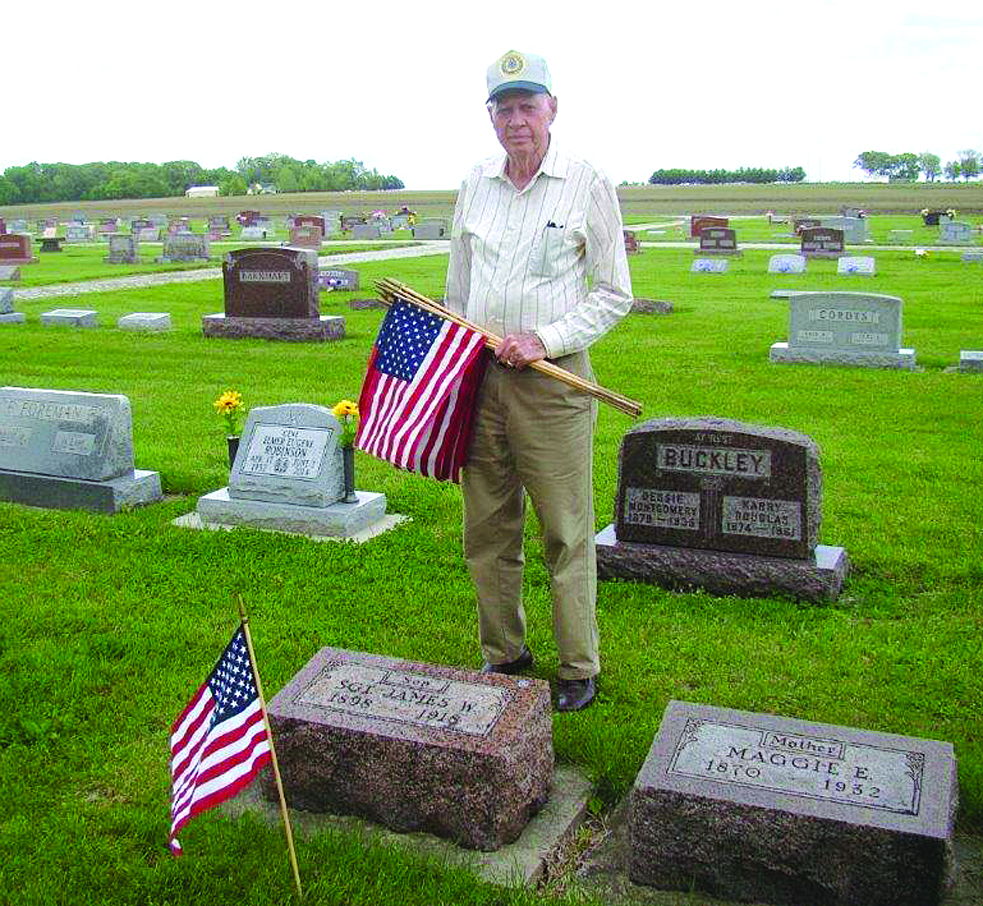 Donald Swartz, member of James Reeder Post #770, has placed flags on the graves of veterans at Mackville Cemetery for 57 years. He began in 1963 and organizes a group of legion members to assist each year. Don is pictured placing a flag at the grave of Sgt. James Reeder who was killed in action in 1918 at the age of 20. The local American Legion Post is named after Reeder. Assisting Don this year were Jerry Clough, Gary Appleby, Howard Kamm, Skip Romine, Duane Thompson, John Lyons and Bob Barger. The men placed 278 flags on veteran’s graves at Mackville. 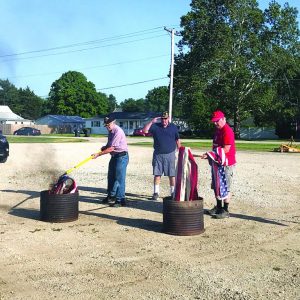