Board says no to having chickens in town

Arthur Village Board members continue to meet via ZOOM during the COVID19 pandemic as residents still continue to practice social distancing to prevent the spread of the coronavirus.

The village of Arthur is presently following the governor’s orders, as there haven’t been many changes since members of the board last discussed procedures for the pandemic.

Residents are informed to continue following the stay at home order and wear face coverings if they are unable to keep a six-foot distance. The staff at the municipal offices have been working from home and coming in when necessary.

As the meeting opened up, Treasurer, Michael Hilgenberg informed the board that there were $342,565.78 in expenditures.

Police Chief Goodman reported that service calls and animal control calls have been down. The program to help neuter the feral cats has been put on hold. Before the pandemic, the vets were hoping to have medical students, but they all are operating on different schedules and that also, has been put on hold.

Grant Corum of Public Works said that building permits have been on the rise. He has had about five or six of them in the last two weeks. “We are still doing some cleaning in the village, picking up trash, yard waste and cleaning the hitch-racks. Yard-waste is picked up on the first and third Tuesday of each month,” he said.

After discussing reports, members moved forward to discuss new business which included the hotel/motel tax committee grant recommendations. It was noted that the committee met two weeks ago and discussed the disbursement of funds. They recommended that $4,205 would be given to Simply Arthur and that $1,795 would go to AAAOC.

Recently, some questions had risen from residents wondering if they could have chickens or hens in town. Presently, the current ordinance does not allow birds or poultry of any kind within the village. Some residents have been concerned about food security since COVID19 began.

After a discussion about concerns with the possibility of chickens getting loose, a question of how it might effect property values and a side note stating that there were already other individuals who lived outside the village that sold eggs and chickens, the motion made to allow chickens and hens in town was not carried.

With the COVID19 pandemic still weighing heavily on the minds of Arthur residents as well as in their lives, the board discussed next-step procedures concerning the curtailment of COVID19 within the Arthur community and for Village operations.

“I would like to see people get back to work with some type of modified schedule and everyone have 40 hours. There’s plenty to do,” noted Matt Bernius.

“There are about 20 cases in Douglas county now and it has been going up,” pointed out Michael Hilgenberg.

“It has been projected that we haven’t reached our peak yet. That is estimated to happen sometime around May 18-20,” informed Chief Goodman. “We want to be prepared and know where we go after we get to the other side, so we aren’t behind and we have some type of plan to follow,” he added.

“I hope we start seeing some phase in plan starting very, very soon, so we know how to be prepared,” replied Mayor Rod Randal.

“We would be much better off if we put a plan together that protects employees and the customers.

If we don’t put some guidelines together, it could run rapid,” stated Bernius.

“Let’s get a plan. We have people coming to town. Some businesses have started to open. We as a village need to start being progressive and get some things in place,” said Christy Miller as they wrapped up their discussion. 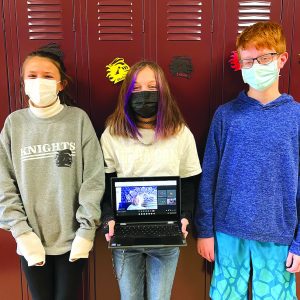 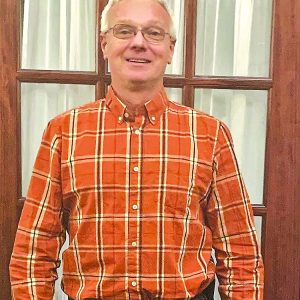 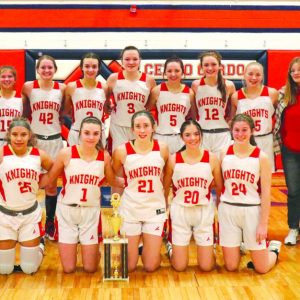 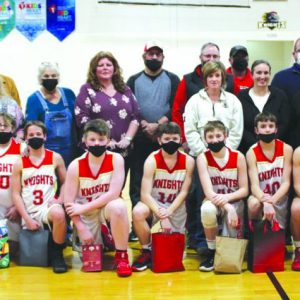