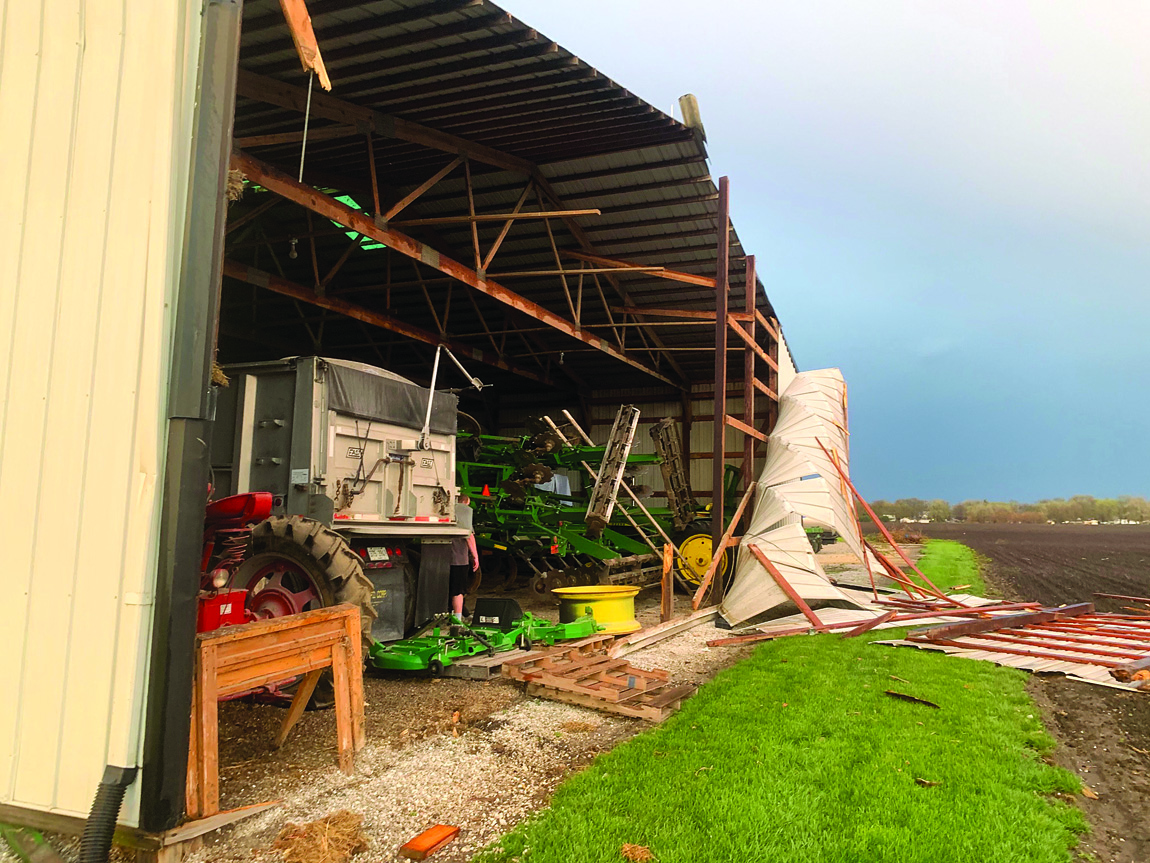 Winds clocked between 80 and 90 mph raged through the area early Wednesday evening, April 8, damaging a large building at the home of Rob and Cindy Corman, west of Hammond.

Rob stated he was in his office in another building when he heard loud popping and cracking, noises he had never heard before. The wind went through the doors to a large building nearby, straight through to the other end and took the south end of the building. There was no damage to the contents, the end was just gone.

A representative from Morton Building visited the farm on Thursday to survey the damage, but Rob had not received an estimate at the time of this writing. There will have to be new doors put on the front and the back wall of the building replaced.

There was also minor roof damage to their home.