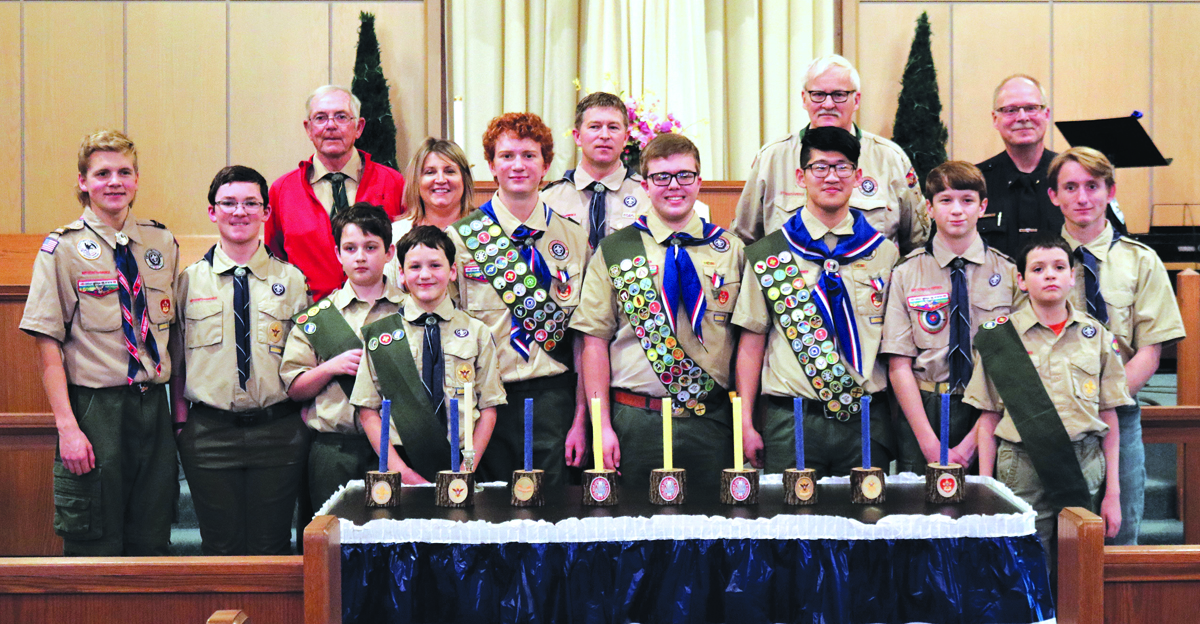 Following the invocation by Pastor John Stewart, Scout Jace Green asked the color guard to present the colors, led everyone in the Pledge of Allegiance followed by the Scouts reciting the Scout Oath.

Justin Green served as master of ceremonies and introduced the special guests who were in attendance for the ceremony and Scout Committee Chair for Troop 74 Monica Green officially opened the court of honor.

She stated this was an important and solemn matter. “In full awareness of the challenge of these times, the parents and leaders of these candidates have labored long and faithfully to develop them to be observant and to participate in citizenship through the Scouting program,” she stated. Green went on to say, “Their efforts culminate this afternoon in the presentation of the Eagle Scout Badge. The success of these efforts will become evident in the way these Eagle Scouts continue to grow and have an impact on all the lives they touch.”

Assistant Scout Master and master of ceremonies Justin Green presented the Eagle Trail starting when a boy first becomes a Boy Scout, then becomes a Tenderfoot Scout after they completed certain requirements and continues through Second and First Class ranks. The path is marked with merit badges, leadership responsibilities, service projects, and the practice of Scouting skills and ideals. The trail continues as they reach Star Scout followed by Life Scout and finally, Eagle Scout.

Mike Goodman, Arthur Chief of Police and fellow Eagle Scout in 1979, was the guest speaker and delivered inspiring words followed by Delano Yeakel who gave the Eagle Scout charge to the three Eagle candidates.

A reception followed with cake, cookies and other light refreshments.